Make me a digital channel of your peace! The Church of England is mulling a buyout of the collapsed payday lender Wonga. 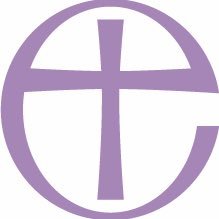 Will Your Fintech Anchor Hold In The Storms Of Life?

As reported last month, Wonga went into administration. The firm was often criticised for its high interest charged. Figures vary over time – depending on who you read. Its annual percentage rate was at 4,214%, 1,509%, and other high numbers.

There was little sympathy from Twitter users about Wonga being no longer. Ironically, one comment was “Lol rot in hell”. That probably didn’t come from the Church.

However, despite its demise, loans will need to be paid back. Instead of owing Wonga, users will be paying the new creditor.

This is where the Church could come in as there are worries that borrowers’ debts would simply be passed to another high-interest company. Wonga has a £400 million loan book and around 200,000 borrowers. The Church wants to help the poor! Stop the press!

Justin Welby, the Archbishop of Canterbury (the head honcho of the Church of England), spoke on BBC Radio 4’s Today programme. He said an “alliance of financial forces” could step in.

Welby said: “I wrote to the administrators… to say would you please hold off on this fire-sale of this asset book until the archbishop’s initiative can be seen through – and they have actually agreed to that.”

The Church has never been short of cash (we can see that from history) and it has a handy £8.3 billion investment fund. It will be interesting to see if it does enter our fintech world… and how much jargon it will use.

In a separate development, back in March the Church made contactless, virtual terminal, and SMS mobile payments available throughout England, in a bid to make transactions faster and easier for its congregations.

What a friend we have in Jesus

The Church isn’t always as pure and noble as it likes to make out. In 2013, Welby said it was “very embarrassing” that the Church’s pension fund indirectly invested in Wonga. Oops. But I guess we can forgive you.

The Church is also keeping its shares in Amazon, despite Welby previously saying it was “leeching off the taxpayer”. Its reason was that to encourage change it’s best to be “in the room with these companies” as a shareholder.