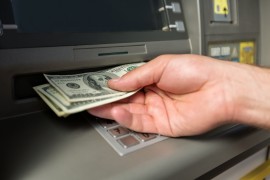 ANZ customer engagement lead Kath Bray says: “With the high adoption rates of contactless payments in Australia, our customers will be some of the first in the world to use their mobile devices to withdraw cash in addition to making payments.”

The initiative, “ANZ [email protected]”, aims to increase convenience and security for its customers, who only need to wave their phone and introduce their PIN.

Between October 2017 and August 2018, ANZ customers made more than 57 million mobile payment transactions worth more than $1.83 billion. This was an increase of more than 150% in transaction numbers from the same time a year earlier.

In other news, earlier this year, ANZ and Suncorp New Zealand, joined forces with IBM to develop a blockchain solution for the insurance industry.

Back in February, ANZ took an equity stake in local start-up Data Republic to boost its innovation ambitions through data-sharing environments.