A coalition of blockchain companies has unveiled the Universal Protocol Alliance (UPA) as it seeks its own brand of unity for digital assets. 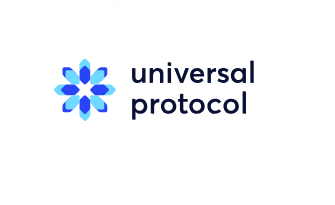 UPA includes Uphold, Cred, Blockchain at Berkeley, and Brave; and the plan is a universal transparent reserve and custody standard that introduces proxy digital assets via a universal protocol platform (UP platform).

“The early days of the internet were very similar to the world of blockchain today, with many different technology platforms fragmented and incapable of communicating with one other,” says JP Thieriot, president of the UPA and co-founder of Uphold.

This platform serves as the hub for the creation and management of proxy tokens and user features.

In its view, digital assets like Bitcoin and Ethereum exist on separate blockchain platforms and cannot interact with one another.

This results in “significant” inefficiencies as separate blockchain projects are “unable to collaborate in any meaningful way, without complex and often costly work-around solutions”.

Its platform allows all cryptocurrencies to become accessible on a single network through the introduction of proxy tokens.

Proxy tokens are a digital representation of their underlying asset and can exist on other blockchains.

The UP platform will publish the value of its assets in custody in real-time on a public blockchain. The reserve will also be subject to quarterly third-party audits that will be shared with the community to demonstrate the “financial soundness of the proxy token ecosystem”.

Uphold was founded in 2014, and has over 850,000 users. It has traded over $3.5 billion on its digital money platform and reserve ledger.

Cred (formerly known as Libra Credit) was established this year by a group of former PayPal executives. It has introduced a lending protocol and platform for digital assets.

Brave was created by Brendan Eich, the creator of JavaScript and co-founder of Mozilla and Firefox. It aims to improve internet browsing, privacy and digital advertising with its basic attention token.

Blockchain at Berkeley is an academic organisation at University of California, Berkeley, that provides educational resources, consultancy, and R&D to blockchain projects.