Starling Bank has signed a contract to provide payment services to support the digital bank ambitions of RBS and NatWest. 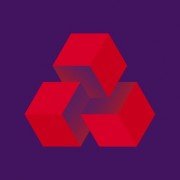 As we reported in April, this is for RBS’s new digital platform, which is under development. It is not known how much RBS will pay Starling for the use of its infrastructure, but Starling will also benefit from efficiencies of scale. The banks declined to comment.

Starling has also revealed that it currently has 210,000 personal current accounts – not a bad number, although still lagging behind its challenger bank competitor Monzo, which has over double.

It is also being sponsored by the Central Bank of Ireland to test its euro proposition, which was planned to launch in the country this year, but has been held back by Brexit discussion until 2019.

In a letter posted on the bank’s investor relations page, the Starling’s chief talks about the bank’s journey so far and near-future plans.

“Whilst 2017 was the year of building out our technology and customer proposition, 2018 has been all about building momentum,” Starling CEO Anne Boden says.

At over a fifth of a million customers – it is understood that this figure only applies to consumers – the bank closed November 2017 with just 43,000.

On the business side, it has already surpassed 10,000 customers.

“This rapid growth is underpinned by the high engagement of our customers, with 60% of them using their account every month. With an average deposit of around £900 in each of these accounts, we’re showing remarkably high balances when compared to our peers,” she adds.

In the last five months, the challenger has launched business and sole trader accounts, joint accounts, international payments and loans, as well as Banking-as-a-Platform APIs.

Boden also says that in the past year, the bank has renewed its contract with the Department for Work and Pensions (DWP) for the support of Universal Credit, and become the sole provider of access to UK payments schemes for Mastercard Send, which powers payments capabilities for some of the largest technology companies in the US.

The bank is currently looking at ways to expanding its applications of machine learning and artificial intelligence (AI) in financial advice and management.

Boden says in the next year it has got 80 fintech partners ready to join – that being said, it is notably slow when implementing these. Even Flux, the digital receipt fintech, has very limited compatible partners.

The oncoming marketplace of products, though, may be a more interesting proposition that can help them stand out in the UK challenger market.

Who else is active in the lively UK challenger bank scene? Read our latest compilation here.