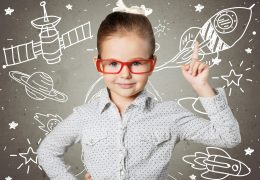 The accounts will have the functionality of a full current account with the bank, which now also includes support of Apple Pay, Samsung Pay, Google Pay, Fitbit Pay and Garmin Pay. However, they will not be eligible for loans or overdrafts.

Anne Boden, CEO of Starling Bank, says: “A bank account is a sign of independence and we wanted to make it easy for 16 and 17-year olds to enter the world of banking with a product that enables them to understand what they are spending, easily save for their next big purchase and safely send money to their friends.”

Starling has also announced it will be using Google Nearby technology, which allows customers to pay or get paid by other Starling users if they’re nearby – for cases of splitting the bill, for example.

Recently, FinTech Futures reported that Starling signed a contract to provide payment services to support the digital bank ambitions of RBS and NatWest.

As with students, UK challenger banks are everywhere. Our comprehensive list is here.