The head of the Department of Financial Services (DFS) of New York, the state’s financial regulatory body, has spoken against the US Treasury’s support for fintech sandboxes, as well as allowing fintechs to acquire bank charters (banking licences). 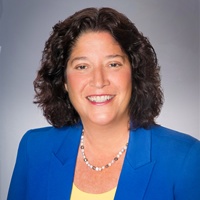 Superintendent Maria T. Vullo says: “The New York State Department of Financial Services fiercely opposes the Department of Treasury’s endorsement of regulatory ‘sandboxes’ for financial technology companies. The idea that innovation will flourish only by allowing companies to evade laws that protect consumers, and which also safeguard markets and mitigate risk for the financial services industry, is preposterous.”

And it gets even worse, with statements like “toddlers play in sandboxes. Adults play by the rules”. It’s clear she has an opinion and is not beating around the bush.

She also highlighted that a “strong state regulatory framework” to follow for fintechs would help protect consumers.

This statement is a response to the Treasury’s statement on 31 July, where it identified “improvements to the regulatory landscape that will better support nonbank financial institutions, embrace financial technology, and foster innovation”.

All this fuss is happening because there’s one line of the report that says that, among these improvements, one of them is to “facilitate regulatory sandboxes to promote innovation”.

This decision by the OCC, which was released on the same day as the Treasury’s statement, says is “to consider applications for special purpose national bank charters from innovative companies helps provide more choices to consumers and businesses, and creates greater opportunity for companies that want to provide banking services in America”.

For many, she’s getting in the way of consumer empowerment and innovation. In her view, she’s protecting them.