EXCLUSIVE. US-based MUFG Union Bank has selected a new core banking system, Profile from FIS, it is understood. The solution will be delivered on a hosted basis. 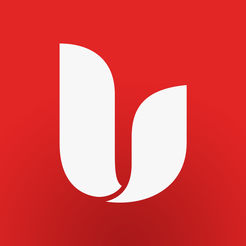 Union Bank provides universal banking services and belongs to Mitsubishi UFJ Financial Group (MUFG). As of March 2018, it has 355 branches and assets of $120.9 billion, and is among the top 30 bank in the US by assets.

The final came down to Temenos with T24 and FIS with Profile, it is understood. FIS’s cloud delivery capabilities were considered to be stronger, it is believed.

FinTech Futures has contacted FIS and the bank for details, but they have not replied at the time of writing.

It’s worth noting that PurePoint Financial – a subsidiary of Union Bank – went live with Profile last year. PurePoint is a new “hybrid digital bank” that offers savings products. You can learn more about this in our US challenger bank list.

This is not the first attempt by Union Bank to modernise its tech.

In 2009, it signed for Infosys’ Finacle and the latter’s share price surged as a result. The project was estimated to cost $200 million. The bank planned to consolidate 30 different legacy systems (including Misys’ Midas and D+H’s Phoenix, both of which now reside with Finastra) and replace them with Finacle.

It was also an important project for Infosys to establish its presence in the US core banking market space. The project went badly, however, and was halted in 2011. There was a change of CIO and COO at the bank too, and the new team scrapped the project.

Incidentally, in another exclusive this month, US Bank is looking to offload its card processor business Elan. FIS is believed to be one of the firms in the final bid.