Microservice architecture – throughout the business 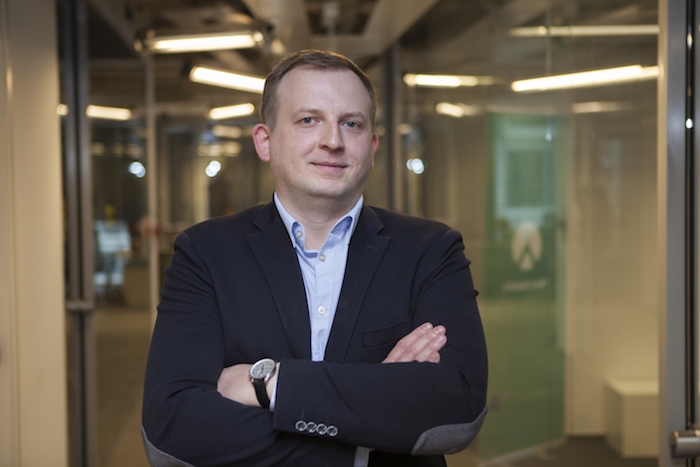 Right before our eyes, in the world of business programming, a quiet revolution has been unfolding – a noticeable trend towards microservice-based software. But the revolution is taking place not only in the technological layer of enterprises, but is also pervading the operating dimension of organisations.

Many global companies have set themselves the goal of migrating systems to this model. The microservice architecture market is expected to reach $32 billion by 2023, growing at a compound annual growth rate (CAGR) of around 16.17%, according to the “Microservice Architecture Market – Global Drivers, Restraints, Opportunities, Trends, and Forecasts up to 2023” report.

The nuts and bolts of it all

Microservice architecture is defined as a method for development of an application in which the large application is divided into small modular services. Each service performs one thing extremely well – it assists a specific business goal and uses simple language with well-defined interfaces to communicate with other services.

Separation means that each service can be developed independently using whichever methodology, programming language, application framework or data storage options are appropriate to the specific task it fulfils. Services can scale independently too, making the software adaptable at runtime. Of course, self-contained services cooperate to deliver complex functionality and the best value to customers, even if they are deployed independently of each other.

But in fact, microservices architecture does not refer to a particular set of technology, process, or tools. Instead, it is all about being focused on the goal itself. The real value of microservices is realised when we focus on two key aspects: speed and safety, and on finding an effective balance between them at scale. The desire for speed is a desire for immediate change and ultimately a desire for adaptability.

Microservices to the rescue

The banking environment is just one of the latest to gain from the benefits that some business owners and technical teams have been enjoying for years. Simplification of processes and the speeding up of workflow can be driven by the independence of individual microservices, where each application can be developed, tested and published independently, in turn feeding innovation. Less centralisation results in fewer bottlenecks and less resistance to change, while more autonomy means that changes and decisions can be made much quicker.

With digital transformation in the financial sector, it allows the solving of several problems that banks have faced, such as:

Individual services are easier to understand and maintain and are much faster to develop, which means that new value for the customers can be delivered as quickly as possible. And if one service fails, it typically won’t bring down the entire system because of the resilience built into microservice-based digital banking solutions.

The technology layer is just the beginning

Companies operating on the basis of the microservice model, in terms of flexibility and pace of adaptation to a changing reality, resemble start-ups – although the model can be scaled in any large complex organisations, including banks. This is possible by replacing highly-specialised departments with small teams having full competence, operating under the umbrella of one company.

Such adjustment of the business organisation structure of work guarantees the best results in dynamically changing times. In contrast to the classic organization of the company, in which the shifting of the project between departments causes significant delays, in the microservice model one team is responsible for the complete path of the microproduct or service. The essence is autonomy and speed of action, as well as the full dedication of the team to the service.

The proof of the pudding, they say, is in the eating and here the managers of banks already implementing microservices architecture in both technological and business fields would point to the high efficiency of roll-out; no waiting for teams to co-ordinate, decide and approve, just a clear focus on delivery of new features and ideas, in response to business needs.

Banks on the bandwagon

We don’t need to look far to witness companies integrating modern microservice infrastructures within their business structures. Netflix and Google continually offer new services, hopping between devices and between markets. For many companies – Amazon, Gilt and PayPal among others – a microservices architecture has been the foundation that has enabled them to rapidly scale, deliver value and grow to become industry leaders.

Both in the technological area and in the operating dimension of organisations, the microservice approach undoubtedly brings many benefits and facilitates the building of a competitive advantage in a rapidly changing market environment. Banks and financial institutions are the new beneficiaries of a trend predicted to last for many years.