MarkitSERV, the trade processing service for OTC derivatives and produced by IHS Markit, will be replacing Libor (London Interbank Offered Rate) in derivatives markets for the use of new reference rates. 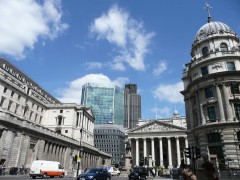 The first wave of OTC derivatives trades using the new Secured Overnight Financing Rate (SOFR) used MarkitSERV to match, confirm and straight through process them for clearing and regulatory reporting.

“As we have done for clearing, reporting and electronic trading, when we bring a new standard like SOFR onto MarkitSERV, we automatically update the market and create the bridge between new and old types of swaps, regulatory regimes and multiple forms of trade execution,” says Claire Lobo, managing director at MarkitSERV.

The first SOFR swaps happened the week after the CFTC’s Market Risk Advisory Committee meeting addressed the transition from LIBOR on 12 July, which according to Salman Banaei, executive director at IHS Markit and a member of the Committee, points towards the commitment for collaboration among regulators.