Mariner’s Bank, a US-based independent community bank, has selected Digital Onboarding, a Software-as-Service (SaaS) technology company, for its account activation platform, to simplify the onboarding process for new customers through its process automation. 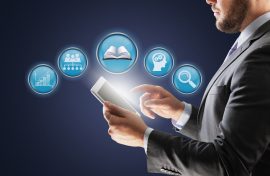 “It’s critical that we make it as simple as possible for new customers to enrol in online banking, download the mobile app, and sign up for direct deposit. We get one bite at the apple with new customers and, if we rely on welcome letters and onboarding phone calls, we’ll probably never see them again,” says Frank Giancola, president and CEO at Mariner’s Bank.

The bank quotes information from Javelin Strategy and Research, which reported that 25% of consumers believe that tasks such as enrolling in online banking are complicated.

Ted Brown, CEO at Digital Onboarding, says that without a strategy to engage new customers after an account is opened and turn them to profitable relationships, all banks are doing is pouring water into a leaky bucket.

Giancola says the bank picked the platform due to its full automation, expecting it will decrease the time the staff spends dealing with forms and more time serving customers. As an added bonus, the platform doesn’t require core banking system integration.

Mariner’s Bank operates in Bergen County, in New Jersey state. It was founded in 2001.