How come nobody gives me fish anymore? Going “all the way down” in digital banking 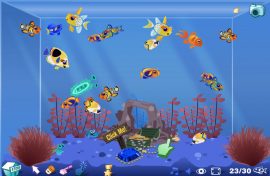 How come nobody gives me fish anymore?

“Eddie threw a sheep at you” is a notification I haven’t seen in years. Same applies to Eddie.

Because, let’s face it, the poking, the sheep-throwing and the rest was all busy work. It was new and silly and a way to say hello without saying anything else and it got tired pretty fast. It didn’t become shorthand for actual communication, it didn’t enhance, support or supplant any other form of exchange. It didn’t change our habits and when the novelty wore off, it was dropped. It was fun, it was weird. It was irrelevant. It didn’t do anything. And it didn’t bring you closer to Eddie.

Remember that, you will need it later.

My 11:FS friends claim that digital banking is 1% finished and although I wouldn’t put money on the exact figure, I totally agree with the sentiment.

Though my view of it is compounded by the fact that I believe the bits we have done, we have done potentially too much of all at once, complete with the equivalent of entirely redundant sheep-throwing and fictional fish. And the rest we have stayed away from, as if more of something equals variety.

Bank accounts for the masses

So many current accounts! So many payments providers! Such democratisation! Such abundance!

What has actually happened?

We have over-served a very narrow sliver of the market creating noise and high expectation but, as yet, we have not really created the solutions that go to the heart of the problems we are trying to solve, of the lives we are trying to help people lead.

We have applied our design thinking magic to the user journey and the interface, we have even gone as far as to say people don’t want a mortgage, they want a home, but we have then stopped and bound ourselves tightly to the product-based world of old. People don’t want a mortgage, so let’s use that bit of insight to create a digital interface for a mortgage that is a little friendlier. A little prettier. With the odd fun thing added in.

Eddie the sheep-thrower liked it.

That’s not a criticism, by the way. It’s an observation.

We have focused on one thing. We started in one place.

And the reason we have done this is that challengers have focused on the consumption end of the product area they chose to disrupt and incumbents did what they felt was needed to catch up.

But the heart of banking remains unchanged.

And what is more, the challengers live on top of it, both in terms of shape (with products that appear to be the old world’s sexier cousin and, let’s face it: regulators, go-to-market speed and some honest-to-god realism have something to do with this) and in terms of delivery. Challengers sit on top of incumbents and are bound by their philosophy as much as their weaknesses.

Before you protest, know how you can tell? Challengers suffer outages when the plumbing fails.

The retail challengers use the same card issuers as the dinosaurs. And the same complicated process far enough under the hood. The robo-advisors use the same brokerage, transfer agents and fund accountants as the dinosaurs. With the same paper-mirroring process. Your digital lenders still have an analogue custodian. The amazing Alibaba blockchain solution has a correspondent bank lurking in its dark recesses.

If you don’t know all this, then it’s time to start reading the small print and looking at diagrams. If you know and think it doesn’t matter, you and I need to have words. Same if you think this is for someone else to fix.

This is not where the effort ends.

This is not a ta-da moment. This is a “don’t give up” moment.

Things are going to get harder as you move past the first victories. I know the journey this far wasn’t easy either but if anybody told you it would be, they lied. Don’t give up. Stay with it. Work at it. This is what it looks like:

Understand it. If you want to change it – and I want you to change it – you can’t wave a hand at it and call it plumbing like that makes it of secondary importance. Plumbing matters. But it’s invisible and therefore easy to underestimate. Don’t be the guy who underestimates how complex this is. Or how important.

You started with the visible, sexy bit you already understood as a customer. If you succeeded, then you now have a fledgling banking product. You are a banker now. A cooler, nicer, less greedy banker but a banker nonetheless. So learn your craft.

And then transform it.

2. Be patient and don’t expect fireworks, this bit is invisible.

Like electricity and running water, the bit that makes the magic happen is not glamorous or immediately appreciated by the end service user. And yet life without it is unthinkable for so many of us. And for those who don’t have it, it represents the key defining factor of their lives. Try living without running water for a while and you will know what I mean. Everything in your life changes to support this thing that no longer magically happens.

Infrastructure is only taken for granted by those who have it. So you took on the incumbents. That means there is infrastructure in place, you are not starting from scratch and you cannot be the bringer of magic. The customers won’t care to know how heroically you overhauled clearing and settlement or liquidity management. And for that, the temptation to just innovate on the surface and leave the unglamorous pipes to the big boys is huge. It’s thankless work, it seems. It’s invisible.

No matter, you still have to do it.

It is important, it is hard, and it is essential.

There is a chance you are overthinking it.

And as a bank, the urge is present to increase customer interactions so we can get more face-time and, hopefully in the process, get most stuff right or at least more stuff right than not. Yes even you challengers.

Remember when you were in high school and some teachers wanted to be your friends and you thought they were weird? You are being that guy.

Remember those other teachers, who were strict and not at all chummy but could explain their topic in a way that didn’t make anyone in class feel dumb? That’s your mission. Don’t be fun. Be accessible. Don’t be chummy. Be transparent. Don’t multiply touch-points, streamline them.

And acknowledge the emotions that come with money.

Pride in the savings made, potentially shame in the credit needed, stress as the debits and credits hit the account in an ever-changing precarious balance. For people who have money, this is seriously efficient. For people who lack it, this is soul-crushingly omnipresent.

Flippancy is in extremely poor taste and cutsie-ness may be welcome but will never be of the essence so don’t be distracted by it. Step away from the digital fish.

Look at the user journeys you love, mostly from challengers but also from incumbents. What do you love about them?

We agree on that much.

I’ve seen some wonderfully sensitive touches in current account design. It’s amazing. Keep doing it. But also move on from current accounts and robo advisory and POS loans. Get into the tricky bits. It’s time.

And don’t try to side step, like many seem to be doing.

Access to banking services alone (more bank accounts!), for instance, doesn’t tackle financial inclusion. Access to micro credit that is poverty-friendly does. There are businesses out there that tackle these problems. Some well.

They are not banks.

They are not trying to operate or make money like banks so do them the courtesy of not describing your cheaper remittance money corridor as a first step towards your financial inclusion strategy. I’d rather you admitted you don’t have one. It’s ok not to have a solution for everything. It’s not ok to piggyback on the world’s problems for PR.

You don’t have to be a bank by the way, if you’d rather be a social enterprise.

There’s more to banking than meets the eye and if you do it well you will reduce complexity, increase transparency and speed and improve the experience of dealing with money for everyone. Which is less about graphs and more about the underlying emotion that says don’t be my friend, don’t throw me a sheep, just make dealing with you go away to the extent possible.

And, to fully do that, you need to, as a bank old or new, roll up your sleeves and follow the money on its full journey. You need to follow the money and see where new technology allows us to take entire steps in the process out cutting cost and time; you need to observe and see who makes a living out of those steps and may wish to defend them. You need to find where you need to apply your skills and talents in order to do to the heart of banking what you did to current accounts. Re-design for user centricity all the way across the money lifecycle.

Don’t be distracted by gimmicks.

You may hate the idea of being a banker but you have built a bank or banking product so, you know, if the shoe fits. Besides, your identity crisis should not be paid for by the customer, one flippant feature at a time: nobody is missing their Facebook aquarium and if Eddie the sheep-thrower is anything to go by, digital humans are ready to give things a go. Use the skills we now know you have to continue the journey and give them something meaningful. All the way down.