UPDATE. Since the publication of this story, the team from ACChain has alerted us that there is information in the posts this article quotes that is factually incorrect or misleading. In the statement released last Friday (10 August), the firm details the ongoing moves by the company. It says “ACChain was working with a reduced team when a cyber-attack took place in April 2018”.

A series of Reddit posts, published by user ‘slinterface’, detail the ins and outs of an alleged cryptocurrency exit scam by China-based ACChain. 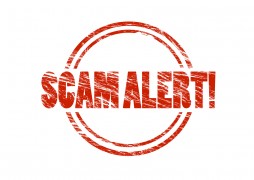 Stories about cryptocurrency scams have been circulating for a long while now, although this one can only be considered speculation, it is worth noting the effort that this redditor has put into connecting the dots.

This information comes from hired private investigators, who claim to have been threatened twice during the course of their investigation, slinterface told FinTech Futures. Due to the nature of these claims, many remain unverified.

In the posts, the redditor believes the group of people behind this cryptocurrency are either jailed or hiding away.

Strap on, kids – this one is a doozy. Most of the information in this article is taken from this user’s posts.

Firstly, its registered office in Shenzhen is empty.

At the head of the company is believed to be Jia Wan, CEO of Guiyang Blockchain Financial and founder of ACChain, who is claimed to have been working there last year.

By February, the people in the office “left leaving computers and other equipment behind. [Later,] “mafia-like” people came and took the computers, chairs and other items of value. Building owner did not know who where they have gone or who collected the equipment.”

The Telegram and Twitter for ACChain is still up but has been inactive since January. The firm’s site, however, goes on and off with frequency, having been out for a while.

However, slinterface is sure that in spite of the fact that Telegram admins are replying to him, it is just a cover for a scam.

“The moderator on Telegram appears to be just some hired community managers who do not have direct contact with the ACChain team and is hired to run defence for them,” he says.

These community managers allegedly refuse to prove any substantial evidence of ACChain’s ongoing work, like “a picture of Wan in his office”, as slinterface requested.

Our man on the nets says that, in the last day or so, the ACChain website has been altered to remove the photos and hide the names of those involved. Google Cache proves it, though.

Guiyang Blockchain Finance and Shenzhen Puyin Blockchain Group are the companies behind ACChain.

In parallel, Shenzhen Victory Blockchain operates as Shenzhen Puyin Blockchain Group, and was listed as a company conducting false advertising this year in a report by China’s State Administration for Market Regulation.

As a result, Shenzhen Puyin Blockchain Group was investigated by the Police Department of Nanshan District.

Wan is the legal representative of a Shenzhen company named Shenzhen Fenghui Cultural Media – which has a majority share in each of the two aforementioned firms.

From China to UK

One of the members of the firm, Genevieve Leveille, claimed on Telegram that she is the director of ACChain Technology International Services, a company recently created in the tax haven of Jersey UK.

“The creation of this entity coincides with the arrests and investigation by Police of Nanshan, Shenzhen into ACChain and Puyin Blockchain Group and there is a strong possibility that the Jersey company was created specifically to move assets of ACChain out of the reach of Chinese authorities,” our redditor adds.

Leveille has been pursued by the justice before.