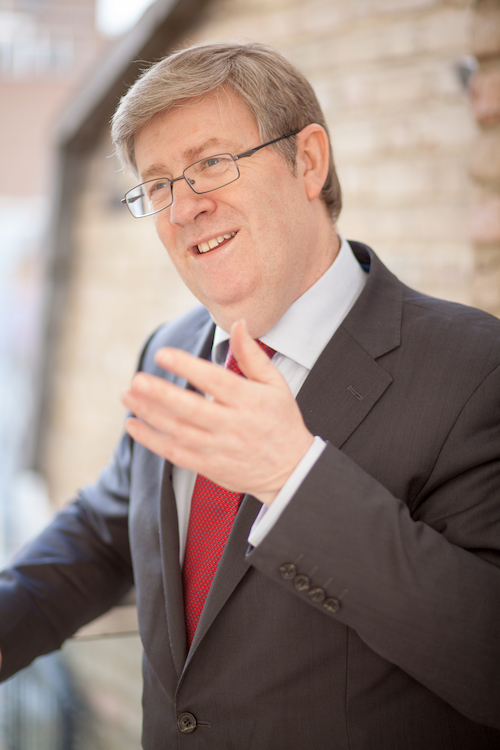 Tony Watts, Keystone Law: 8,000 firms use EU financial services passports to do business in the UK

Much of the discussion around Brexit has focused on the position of UK firms passporting into EEA countries. There are, however, 8,000 firms using their EU financial services passports to do business in the UK, either through UK branches or dealing with UK clients and counterparties on a cross-border basis. What are the options for them?

Many points remain unclear. The fog has cleared sufficiently in some areas, however, to make the following seven statements.

The UK Government concedes this in its white paper of 12 July 2018, “The Future Relationship between the United Kingdom and the European Union”. Passporting is a feature of membership of the single market and the UK will no longer be a member of the single market.

The UK Government hopes to agree a new relationship with the EU based on “equivalence” (see point 7 below) but at its best this will not be as good as passport.

EEA firms which have established UK branches in the UK under passporting rights and wish to continue to operate through them must apply for authorisation in the UK. Ideally, they will allowed to be  authorised as branches but in some cases the UK regulators will require them to set up separately regulated subsidiaries (see point 4).

Firms accessing the UK remotely, on a cross-border basis must either be authorised in the UK (which will involves setting up a permanent establishment as a branch or subsidiary) or consider how far they can carry on their present activities under any equivalence regime or general UK law – see points 6 and 7.

Originally it was intended that passporting EEA firms must have decided which course they wish to take and obtained any necessary authorisation by 31 December 2020.

Based on statements by the regulators, the relevant periods may be slightly longer. Firms must notify the regulator that they will be applying for authorisation before exit day (i.e. 29 March 2019). The temporary permission regime will then allow them to carry on their present activities as if the passport continued to apply. Any authorisation must be in place by latest three years from the exit date. In practice, forms will be giving ‘landing slots’ in which they must submit their application during the transition period.

The European Commission has stated that at EU level, there may be no implementation period in the event of a ‘no deal’ Brexit. Official statements in the UK (including by the PRA and the FCA) appear firm as far as the UK, and so it is reasonable for firms to plan on this basis.

Continuing to operate as a branch is the ideal solution for any firm that currently carries on business in this way. UK regulation of non-passported branches looks to the organisation as a whole.   This can mean (for example) that capital will not be required to be held in the UK and the UK headcount can be less, since some key jobs can be done at head office level. UK-incorporated subsidiaries must satisfy all regulatory requirements on a standalone basis.

The PRA has indicated in Supervisory Statements when it will expect firms regulated by it to carry on business through subsidiaries – in SS1/18 for banks and credit institutions and SS2/18 for international insurers. Their contents are complex and relevant firms must consider specifically how they will be affected by them. Broadly, however, the bases on which the PRA will require a firm to operate through a subsidiary include where  it has significant business with retail clients or small businesses or a significant exposure to the Financial Services Compensation Scheme, with suggested thresholds for each of these. A firm may also be required to operate through a subsidiary if it is systemically important, including if its failure would have a significant impact in the UK. Again, these need to be considered by every relevant firm in detail with regard to itself. The PRA encourage early discussion of these issues.

Fundamental to the idea of the passport is that prudential and organisational matters are reserved to the home state regulator. Apart from very limited requirements under the Senior Managers regime, the UK imposes very few obligations of this type on firms passporting through UK branches.

This will change. Even if a firm is allowed to be authorised as a branch, an EEA firm will be subject to (for example):

Standalone subsidiaries will be regulated in much the same way and subject to the same requirements as any other UK incorporated regulated entity – and so requirements will be much more onerous. The application process may involve re-examination of the business model by the FCA as the conduct regulator.

Under some EU legislation, there is a concept of “equivalence”. This allows firms from non-EEA countries to access EU markets where the EU considers that their home state regulatory systems are equivalent to the relevant EU regime.  Equivalence regimes are, however, very limited. For example, there is an equivalence regime under MiFID II for investment business, but this is mainly of use for wholesale and institutional business.  There are no equivalence regimes in other significant areas such as banking and payments.

The UK Government wish to build on the concept of equivalence as the basis of the future relationship with the EU, formalizing and extending it under mutual co-operation agreements.  It is not certain that the UK Government will achieve this (the EU response has not been positive). If it is successful, this may give an easier platform for EEA firms wishing to do business in the UK but it is unlikely that this will provide the same benefits as a passport, particularly as the EU reserves the right to withdraw or amend equivalence determinations on short notice.

Even without a UK passport, UK law does permit a level of cross-border access (though any permanent presence such as a branch always requires regulatory authorisation). The problem is that the scope of the relevant legal provisions is unclear – hopefully it will be clarified by guidance by the UK regulators or industry bodies such as the Financial Markets Law Committee in the run-up to Brexit. Cross-border firms wishing to rely on general UK law should take advice as to their specific circumstances.

Helpful areas may be:

All the above are, however, highly technical and in relation to some activities, presently unclear.

EEA firms which wish to carry on doing business in the UK should take specific legal advice relating to their business and make early contact with regulators.

By Tony Watts, banking and finance solicitor at Keystone Law