BearingPoint invests in Insignary to up security 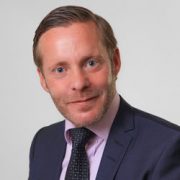 This is BearingPoint’s first investment in an Asian start-up, with aims to meet the firm’s demands in the EU, US and Asia of OSS risk management.

According to BearingPoint, the investment builds on its partnership with Insignary, through which they became the first to offer managed binary code scanning service in Europe.

“Insignary has a unique capability of coping with one of the most pressing challenges companies face today: identifying and addressing known security vulnerabilities,” says Patrick Palmgren, chief development officer at BearingPoint.

He adds: “With OSS used in critical enterprise platforms, web and mobile apps, as well as internet of things (IoT), blockchain, cloud, open container and other fast-growth technologies, Insignary is at the forefront with its security solutions.”

Insignary Clarity uses fingerprint-based technology, which it says it works on the binary-level without the need for source code or reverse engineering.

Financial details about the investment were not disclosed.