Bank of America has reportedly been suspending or freezing accounts of American residents claiming they didn’t have the required documents regarding their status as an immigrant in the country. 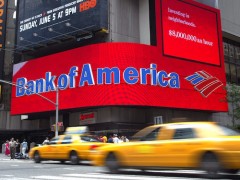 There has been a considerable number of cases reported in recent times where the customer is asked to provide documentation that is not relevant or legally required to maintain their accounts open and functional.

Publications like the Sacramento Bee or the Miami Herald both report stories like these, where US residents, in many cases nationalised citizens, are questioned about their capability to have accounts without any forewarning.

In spite of the alleged increase in the frequency of these cases, Bank of America assured the Miami Herald that there had not been any change in how information is collected and stored by the bank.

Despite this, several groups that work with immigrants throughout the country, have said that this is not true, such as the California Reinvestment Coalition.

Some of these cases have been severe, as they have left many immigrants without financial means for days. Some others have resorted to social media outrage to pressure the bank into fixing the situation. There’s even a petition asking the bank to support immigrants.