Amazon is entertaining the idea of a UK insurance price comparison site, and is already sounding out some of Europe’s insurers, according to Reuters. 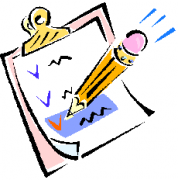 It has been reported that three industry executives had talks with Amazon about the possibility of launching the site, and that the giant had already chatted with big insurance companies.

There are no details about the type of insurance product Amazon would release to the market, but this move would undoubtedly be a big jump in to the finserv world.

The sources remain anonymous, and Amazon has declined to comment.

In the UK, this site would compete with others such as comparethemarket, and GoCompare. Can’t wait to see the exciting and original name Amazon comes up with.

Amazon has been looking into financial services for a while, as we reported in March when Amazon was already starting to consider a checking account product with JP Morgan.

Similarly, Amazon is using Alexa for financial services, not to mention the partnership with Amex to release a credit card.

As you can see, the firm is knee-deep in the game.

For an overview of what GAFA companies are up to in the finserv world, have a look at June’s Money20/20 EU report by our deputy editor.