The IT crash in April has hit TSB hard in its latest financial results with a loss before tax of £107.4 million. 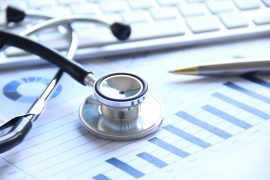 In its results for the six months to 30 June 2018, the bank says its mobile, online, telephone and branch services have recovered and improved, following the drama, which resulted in a big public backlash.

Paul Pester, TSB CEO, released a statement with the expected apology and stressing the intention of fixing things, just like the bank said soon after the crash happened.

As a result of all these issues, TSB is making efforts to minimise service disruption, which includes the recruitment of 1,800 people and reorganisation of 700 staff to customer-facing roles, as well as addressing customer complaints.

TSB has recognised additional post-migration costs, including customer compensation, of £176.4 million. For comparison, the firm reported a profit of £108.3 million in H1 2017.

The bank reports total customer lending of £31 billion, with customer deposits at £29.6 billion and its common equity tier 1 capital ratio remained strong at 19.2%.

If you like drama, IBM had some words to say about why the crash happened.