Magic Software Enterprises, a development platform and IT consulting services provider, has been picked by Topicus Finance for a $2.3 million five-year term licence agreement for the use of the former’s tech. 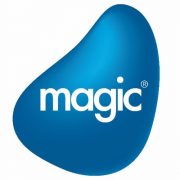 Topicus provides pay-as-you-go cloud-based banking software, such as the ones involved in the deal: Magic xpa Application Platform and Magic xpi Integration Platform.

Topicus is roughly a rebrand of Able, a company that came into being in early 2013, after the integration of the former Syntel business (the vendor of EuroPort+) and the professional services business of BinckBank.

Able was put up for sale by BinckBank in 2013, but the plans were later scrapped. Last year, Topicus bought all shares and included the company’s operations in its own.

“Magic xpa has been successfully used by our subsidiary, Able, for many years, and we are excited to leverage the platform’s capabilities for other Topicus applications. We’re also looking forward to benefiting from Magic xpi Integration Platform in support of our organisation’s global business plan,” says Clint van Haalen, fintech CEO at Topicus.

Magic xpa has been a core application platform in the development of EuroPort+, a banking platform for wealth management, which Topicus acquired with its purchase of Able.

Topicus will use the newest versions of Magic xpa in EuroPort+ to extend its cloud application, as well as pursue the further use of Magic xpi.