The age of the generalist is now 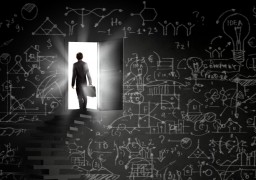 The age of the generalist is now

I have vague recollections of taking some kind of careers advice test in my later years at school. You know the sort of thing – multiple choice – questions evolving based on your responses – probably whilst sitting in front of an Acorn Electron (google it) or other ubiquitous 1980s school computing device.

It concluded I was going to be a “systems analyst” when I grew up, whatever that was. I, of course, dismissed this as nonsense on the basis my friends and I were clearly future rock stars about to move to L.A. – why their software couldn’t work that out wasn’t my problem.

Well, no prizes for guessing who was right.

The terminology might have changed over the years but I’m pretty sure that the 2018 equivalent would be an “enterprise architect” – a far more grandiose and ego inflating title befitting of our modern era of chiefs and officers.

Something that hasn’t changed though is a tendency to only see technology based things and their interactions as “systems”. We typically constrain the application of enterprise architecture (EA) as a result and ask no more of it than the ability to produce vast spiders webs of relationships between the boxes in the data centre.

Systems are everywhere. I hold one in my hand right now, they fly past my train window, they exist through the process by which you manually update the to-do list hanging in your kitchen at home. 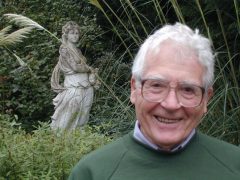 The scientist James Lovelock, sadly no longer with us, wrote extensively on the environment as a whole being a vastly complex system of inputs and outputs. This was in sharp contrast to the prevailing thinking of the day which saw weather, people, animals, factory chimneys and the like as existing in relative independence from each other, occasionally crossing paths on the same lump of rock spinning through space.

During the 1960s Lovelock was approached by NASA to help them design instruments for use by landing modules to detect life on Mars. He was initially asked to develop devices to perform soil analysis, but realised that the answers were already staring us in the face without needing to put a single foot on the red planet. Infra-red astronomy had already revealed the chemical composition of its atmosphere.

Lovelock concluded that any planet hosting life would contain an atmosphere in a constant state of chemical disequilibrium as a result of the interactions taking place. Mars, of course, had nothing of the sort, and existed in a state of near perfect equilibrium. His genius was to be able to see EVERYTHING as a system and avoid the specialisation trap that encourages very close scrutiny of only one part at a time. What he saw when he looked at both Mars and Earth was not planets littered with things but fantastically complex systems albeit with radical differences in how frequently they changed state. Lovelock, first and foremost, was a generalist.

OK, now back to the enterprise (cue transporter and tricorder jokes).

By confining EA to the realms of IT we limit the study of systems to only those things considered to be under the control of IT. We build models of instruments used for soil analysis but forget about the atmosphere the soil is lying under and the people daily treading it underfoot.

To make matters worse, the vast array of different software and hardware systems that typically co-exist within a large organisation today encourages ever increasing specialisation of expertise and accountability. Tunnel vision is everywhere. It is near impossible for a single person to achieve even basic engineering competency across such a diverse landscape, so we carve the country up and create borders – both physical and political – some serving a useful purpose whilst others remain mystifying for decades, millions of lines of code bundled up and handed over to the unlikeliest of guardians.

That specialisation brings isolated groups closer to the secrets in the soil but at the loss of any useful understanding of those much bigger systems of which it forms part.

Given the variety and complexity of systems (remember – technology, human and environmental alike) that exist inside a large, mature organisation such as a bank, the challenge of discovering and representing their form and function in a sufficiently general way for their interactions to emerge as visible systems is huge. It requires us to develop yet more languages and descriptive techniques on top of an already bloated information superstructure, overflowing with documents and data of uncertain provenance.

But the work must be done.

Summer is upon us. It’s high heat bakes the soil and the time for harvest nears. The crop cannot be left in the field forever, else when the rains eventually come, we will lose everything.

The age of the generalist is now.

Howard is a 20 year plus veteran of a major global financial institution and has during that time developed and supported numerous systems in the commercial and corporate banking space. Views expressed are his own.