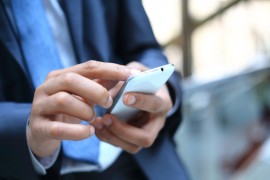 This partnership is Growth Street’s first marketplace integration, and represents the first live use of its third-party API. The firm is a P2P platform that matches investors’ funds with growing SMEs.

Anne Boden, Starling Bank CEO, says: “All too often, small businesses find it hard to access capital at the moments they need it most, often for reasons they can’t understand or don’t think fair.”

Initially, the Starling interface will work for existing and new users of Growth Street’s flagship product, GrowthLine. Growth Street customers will be able to access real-time information on their facility limits and available funds through the marketplace.

Greg Carter, Growth Street CEO, says: “We want to make business finance easier and faster than ever before, and giving users access to crucial information in real time is a great step towards that goal.”

Its GrowthLine credit facility works much an overdraft: a business customer is given a limit, and they can draw down funds and make repayments as often as they like in a given month.

This comes just a few months after Starling launched its business account line.