Snapchat’s peer-to-peer payment add-on, Snapcash, has said that it will discontinue its service on 30 August of this year, as it struggles with competition and PR image, the firm confirmed to TechCrunch. 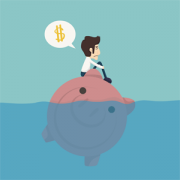 The Android version of the app includes a line of code that says: “Snapcash will no longer be available after %s [date].”

On the one hand, more popular options like Venmo, PayPal, Zelle, and Square Cash have been eating away at the payments market with more success than Snapchat.

On the other hand, many users were selling adult content of themselves via the platform, which may potentially lead into a PR mess for misuse – it’s bad enough as it is.

There are rumours, however, that the app plans to become an e-commerce platform, as brands are attracted to selling their items through the app, which makes it seamless by storing payment info.

Snapchat seems to resign itself to dissolve the payments feature, as recent lay-offs, difficulty to attract advertisers and the aforementioned bad PR seem to be taking a toll at the firm.

Competitors like PayPal have a much bigger size and reach, as testified by its recent $400 million acquisition of Hyperwallet, which may also have eyes on the P2P payment space.

PayPal simply has an amount of capital for investments, mergers and acquisitions that Snapchat just can’t keep up with.

Venmo, which is also a direct competitor, is sneaking into the debit card market with a trendy and colourful new card.

Lastly, Square has its eyes on the crypto world, having obtained its crypto licence in New York city.