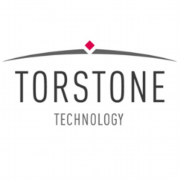 Torstone’s Inferno is a cloud-based system for middle and back office, aimed at increasing straight through processing (STP) and reducing manual effort.

Max Hayden, CEO of ITI Capital, says: “ITI Capital requires a modern post-trade platform capable of providing the breadth of functionality and coverage for the full range of asset classes we supply, when and where we require it.”

ITI Capital will use this new tech to manage its institutional business, with a view to growing other capital market business lines.

Back in June of this year, a similar deal was struck with Nordic investment bank ABG Sundal Collier, following the announcement in January that Torstone had entered the Norwegian market by connecting the Inferno platform to the Norwegian Central Securities Depository, Verdipapirsentralen ASA (VPS).