When it comes to fintech, online platforms, access to customer data, standardisation and interoperability can result in anticompetitive behaviours, believes the European Parliament. 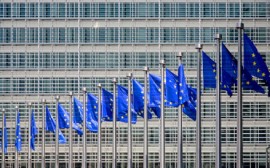 According to its most recent report, “Competition issues in the Area of Financial Technology”, it qualifies the area of fintech as “very young”.

It calls for establishing a case practice of how to deal with competition concerns, since this area “can benefit European consumers regarding cost reduction, improvements in efficiency, greater transparency and a contribution to the goal of financial inclusion”.

The report states that “most of the potential competition issues in the fintech sector described throughout the study have not occurred, or have not been detected by competition authorities so far”.

The reason for this is that traditional indicators fail to explain the economic relationships between offer and demand in the provision of fintech services.

Some of these challenges to a traditionally competitive market, as mentioned above, are:

Strangely, the report concludes: “The current state of the markets for fintech services is generally too fluid to reach firm conclusions on the existence of competition challenges that need the deployment of competition tools on a large-scale basis.”

The report points out that since it is hard to define the boundaries of what constitutes fintech, “there are no estimates of turnover for fintech services as a whole in Europe at the moment”.

According to the report, the average percentage of digitally active consumers using fintech services in 2017 was 33 %.

In Europe, the UK and Spain are the countries with the highest share of fintech users, with 41% and 37% respectively, followed by Germany at 35%.

Fintech services related to payments and transfers showed the highest penetration among users (50%), followed by insurance (24 %), savings and investments (20%), financial planning (10%) and borrowing (10%).

In the EU and the US, the percentage of fintech companies that have been acquired is much higher than in other markets. It suggests that currently market exit of start-up fintech companies in the EU mainly happens through acquisitions.