Payments firm Earthport has reported a £4.8 million loss for the financial year ending on 30 June 2018, which coincides with a change of chief positions in the firm. 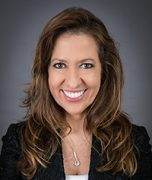 Although the firm’s revenue grew by approximately 5.3% to £31.9 million, the firm says delays in implementation of some contracts and a change at one of the group’s e-commerce clients announced in December 2017.

Other financial highlights include a 1.2% decrease in the adjusted gross margin decreased to 67.1% due to network delivery costs, geographical mix of transactions and the associated differences in transaction price per corridor, in line with management’s expectations; and an increase in the administrative expenses by approximately 9.1% to £28.8 million, representing 90% of revenues.

The staff reorganisation involves the recent appointment of Amanda Mesler as CEO in early July, and Alexander Filshie as CFO today (25 July), which is most likely a response to the struggles the company is facing.

“Having previously worked for infrastructure providers, banks and payments companies, I have seen the inefficiencies of the cross-border payments system faced by customers from many sides,” comments Filshie.

Despite this, there is some good news for the firm. Earthport highlights that it has seen a 35% increase of international routes during this year; and that its North America subsidiary received a New York State money transmitter licence, which is planning to leverage for FX services, while acquiring new state licences in the process.

These latest financial results are in stark contrast to our report in March 2017, when it reported a massive rise in its number of transactions and payment volume for the six-month period ended 31 December 2016.

At that time, the number of transactions reached five million, a growth of about 85% over the prior year period.