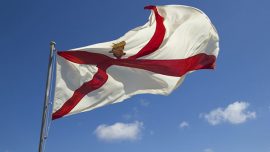 Last week I visited the glittering, yacht-studded hamlet of St Helier to find out more about Jersey’s crypto boom. Jersey has been shy until now about its status as the definitive blockchain island.

A tiny offshore enclave just 45.6 square miles with a population of 100,000, it is a little piece of heaven with the potential to disrupt crypto markets and the reputation to deepen them.

Over the past few years, Jersey has quietly notched up some major crypto and wider fintech achievements. The world’s first crypto fund was structured in St Helier in 2014 by Global Advisors, and just last month, the world’s largest cryptocurrency exchange, Binance, signed a memorandum of understanding with Digital Jersey to operate out of Jersey.

The prestige and reputation of Jersey’s funds sector is what led to Softbank’s Vision Fund – the world’s largest tech fund at £100 billion – setting up shop here last year. There are also many top-tier initial coin offerings (ICOs), which in the often wild west of crypto, have benefited from Jersey’s open stance to innovation and reputation for corporate governance.

I visited Jersey in the first week of July, for the BVCA dinner, the city is hot and heaving tourists, but also the usual lawyers and hedge funds, many specialising in crypto-structuring and fintech.

The buzz in town last week here is the Jersey Financial Services Commission’s (JFSC) launch of Jersey’s ICO guidelines on 12 July. Hot on the heels of Gibraltar and Malta’s blockchain and crypto frameworks (about which, more from me later this week) Jersey’s race to be the premier blockchain island has begun in earnest.

On Jersey’s offshore finance strip – the Esplanade, I had coffee with Carey Olsen’s digital assets partner, Christopher Griffin, who structured the island’s first ICO in 2017, an audacious top tier issue of the ARC reserve currency, a widely used asset-backed stablecoin virtual currency, that recommended the JFSC’s facilitation of the deal and its wider approach to crypto. The regulator was already then creating a supportive environment for cryptocurrency on the island.

Carey Olsen, which also worked on the Softbank deal, worked closely with the Jersey Financial Services Commission to achieve a workable regulatory solution for the jurisdiction’s first ICO. Griffin says: “Against a very tight timetable, the Jersey regulator adopted a sensible and risk-based approach to give prospective purchasers a level of confidence that other jurisdictions may not be able to provide”. He is really pleased about the rigorous yet flexible ICO official guidelines that have now been issued by the JFSC.

Griffin, who has advised on all the island’s ICOs to date, says “the guidance note sets out a clear and practical path, focusing on consumer protection and anti-money laundering, while recognising the fact that ICO promoters want to use Jersey because of the island’s reputation as a well-regulated and reputable jurisdiction. Ultimately, the guidance note strikes a well-considered balance between establishing a crypto-friendly approach and the need to have appropriate measures in place to ensure proper investor disclosure and good governance.”

To give prospective ICO investors a degree of disclosure and comfort – and being mindful of the guiding principle pursuant to which the JFSC discharges its functions as the island’s financial services regulator – the JFSC sets out certain requirements an ICO issuer must meet. These include appointing a Jersey resident director to the board of the ICO issuer, applying relevant anti money laundering requirements to either purchase tokens from or to sell tokens back to the issuer, an audit requirement on the ICO issuer and ensuring that any marketing material is clear, fair and not misleading, and contains certain prescribed consumer warnings.

The ICO guidelines have also been welcomed by regulatory, funds and technology lawyer, Dilmun Leach, who is a group partner at Collas Crill, whose technology team is working on a range of fintech and crypto projects including ICOs, crypto funds, virtual currency exchange businesses, tech start-ups, joint ventures and IPOs. He explains that, as with all Jersey companies, a proposed ICO issuing company will require a consent from the Jersey Companies Registry. 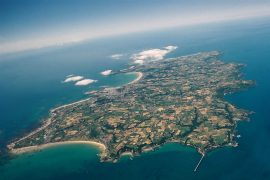 Jersey: “a compelling jurisdiction for any new financial services”

In addition to publishing the Guidance, the JFSC has published an updated processing statement and policy note to specifically address ICOs, and the approach that the JFSC will take in considering applications to form an ICO issuer in Jersey.

Leach says that the process will be streamlined, and in due course expects that “the JFSC will be issuing a new standard application form that will need to be completed in respect of all ICO issuers”. He continues: “There are a number of factors that together make Jersey a compelling jurisdiction for any new financial services product. Jersey has a well-respected and active regulator, a proactive government that is supportive of new technologies and potential growth areas for the local economy, a London time-zone, 13,000 financial services professionals, common law jurisdiction, and access to Europe under existing agreements irrespective of Brexit.”

Collas Crill has also set out some details on the hot debate of crypto classification amongst regulators in the JFSC’s formulation. I have written extensively this year on crypto classifications as one of the main stumbling blocks to crypto market development and frameworks world wide.

The JFSC has though been practical and ambitious with regard to crypto classification.

An application to the JFSC will need to address whether the tokens are a “security” or not for the purposes of the regulator’s consent. If the tokens are a “security”, then in the absence of an exemption an additional consent will be required for the issue of “securities” other than shares. If the tokens are not a “security”, then the additional consent will not be required and the JFSC may consider relaxing some of the conditions that are set out in the Guidance. In a victory for the crypto purists in the community world wide, the JFSC allows for a “utility token” in its legal framework. Allowing for utility tokens in financial regulatory regimes has been causing the most controversy world wide as supervisors try to keep up with this fast moving sector.

This open-minded approach with a world-beating approach to governance and reputation may see Jersey set itself apart from other jurisdictions vying to be known as the last word in silicon islands. The best technology projects with the widest impact will be those that open themselves up for regulatory scrutiny. This will over time, bring institutional money into the crypto and wider fintech sector in particular, and may see a rapid scale up in the island’s tech sector along with a flight to quality to its financial infrastructure.