BBVA customers will now be able to use Apple Pay, in a late addition by the bank to enable near-field communication (NFC) payments in the Spanish market. 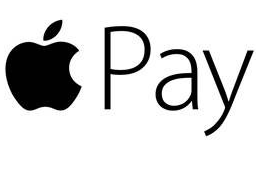 BBVA remarks on the security of Apple Pay, since it doesn’t store the actual card numbers on the device, nor on Apple servers, but a unique device account number is assigned instead.

Apple Pay allows customers to receive all the rewards and beneﬁts offered by credit and debit cards. In stores, Apple Pay works with iPhone SE, iPhone 6 and later, and Apple Watch.

BBVA is one of the biggest banks in the country, and in the past few months it has been going out of the way to stand at the fore of innovation in Spain.

Some of these moves include welcoming virtual assistant Amelia for customer support, getting involved in a blockchain pilot test for improved issuing of warrants, and enabling facial scan payments in its office café.

However, Apple Pay comes a little too late. It’s not the first in the market, for example, it recently happened in Brazil.