Banque Libano-Française (BFL) in Iraq has upgraded to the R17 version of Temenos‘ T24 core banking system in a short implementation project. 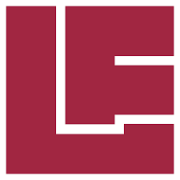 The R17 version of T24 will be subsequently rolled out throughout the group – once it has launched across all BLF entities, the Lebanese bank will build a digital bank on top of the system based on the new tech.

Philippe Chartouni, assistant general manager, Banque Libano-Française, comments: “Upgrading to T24 – R17 will give us access to a full functional coverage that is constantly enriched, an ever-evolving architecture and an openness to integration. As we move towards building a digital bank, I trust that this upgrade will help us to fulfil our strategic goals.”

BLF has been operating on T24 since 2007. The bank operates primarily in Lebanon, but also in France and Cyprus (Banque SBA), as well as in Switzerland, the United Arab Emirates, Nigeria and Iraq.

BLF, which opened its first branch in Iraq on October 2012, mainly focuses on commercial transactions and loans to Iraqi and Lebanese clients, as well as international companies.

BLF is the first bank in the Middle East to complete the upgrade to R17.