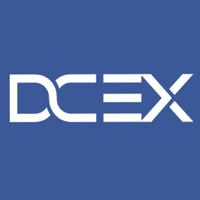 DCEX will serve as a digital currency exchange for retail and institutional investors and is using Ripple’s digital currency, XRP, as its base currency. This move makes DCEX the first marketplace to use XRP exclusively.

At launch, the exchange allows users to trade in 15 coin pairs, including such currencies as Bitcoin, Litecoin, and Ethereum. The exchange plans to add more pairs later this year.

Features of the exchange include “high-speed” transfers between exchanges; one million transactions per second; and connection to APIs.

The exchange will begin trading in a couple of weeks, but users can sign up for early access.

Founded in 2013, AlphaPoint powers digital asset networks and maintains the AlphaPoint Distributed Ledger Platform (ADLP), the platform on which the asset issuance and custody solution is based. The ADLP interoperates with more than 20 ledger technologies.