China’s two biggest payment firms, Alipay and Tenpay, are each being fined CNY 600,000 ($88,000), alongside other 25 companies, for breaking the rules on FX transactions, according to the South China Morning Post. 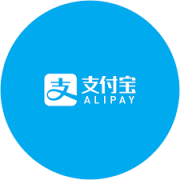 Alipay, which is owned by Ant Financial (but was established by Alibaba Group, who owns the publication cited above), was found guilty of “conducting cross-border payment services out of its approved scope” between January 2014 and May 2016.

Tenpay, on the other hand, which is owned by Tencent, “provided cross-border payment services for non-Chinese residents without going through the due registration process” between January 2015 and June 2017.

This is the first time companies are publicly pronounced guilty by the State Administration of Foreign Exchange (SAFE).

This is most likely a tiny bit of the efforts that China is putting into keeping capital within its borders, as the two companies are looking to expand abroad.

Among the companies involved, 13 commercial banks, including branches of Industrial and Commercial Bank of China, Bank of China and Bank of Communications, were also fined by the FX regulator.

Interestingly, an individual was also fined for transferring overseas 50 times the annual personal transfer limit, which he managed by using 54 different identities.