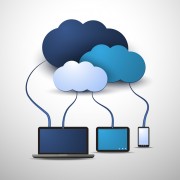 Westpac has made the jump and moved all its core banking applications into its brand new private cloud environment, which will allegedly make its development ten times faster and three times cheaper.

This move may lead the bank to save millions of dollars in technology costs each year and speed up its product roll-out considerably.

The move to cloud started last year with a partial move to the cloud. CIO Dave Curran tells The Australian Financial Review that even though they were planning moving 20 applications, the number is now over 30.

The company reports over 100 automated integrations, which would considerably increase the efficiency and reduce manual work.

This move is in preparation for open banking, with mainly regulatory apps having been moved, as well as a giant customer service hub.

Westpac’s new private off-site cloud is based on IBM Cloud technology, and is housed in two Sydney IBM data centres.

Through the bank’s hybrid-platform-as-a-service (HPaaS) model, the bank aims to make systems work together whether they are hosted in-house, in its offsite private cloud or on public cloud platforms.

The bank plans to make sure that every single one of its hundreds of applications is transferred onto the cloud, without exceptions. 70% of these apps will be transferred over the next three years. The CIO reports a 40% saving in set-up costs on the cloud so far.

Curran says Westpac would be more resilient as it would have two separate environments running concurrently, as a response to National Australia Bank’s outage last weekend.

The CIO also remarks on the bank’s focus on keeping customer data secure on the cloud.

The bank is a long-standing user of the Hogan core banking system from US-based CSC. In 2010, the bank embarked on a lengthy upgrade of the legacy core to the newer offering from CSC, Celeriti.