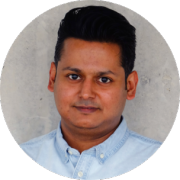 A new London-based challenger bank is gearing up for launch in the UK, called Project Imagine. Self-defined as a “second generation digital bank”, it also aims to be a wealth management alternative from the get-go.

On its site, it claims to provide “accessible financial future for all”, and that is “built on a keen interest in people and their behaviour, not numbers and stats”.

The bank says it will combine original finance and tech solutions to help people save and grow their money, rather than just enhance usability.

The bank is led and was founded by Aritra Chakravarty, who comes from HSBC, where he worked in mergers and acquisition, wealth and private branches, as the global head of digital FX and investment products.

On its site, Project Imagine is currently looking to recruit a lead systems architect, head of data science and risk modelling, among others.

Project Imagine will be in direct competition with fully digital banks such as Starling, Monzo or Atom.

These have managed to have an impact in the industry, but are nonetheless struggling to maintain a momentum, so their market share is considered by many not big enough to present a threat to traditional high street banks.

“We want to be a mix of Monzo, Nutmeg and Moneybox, all in one, which means a digital current account, savings and investment all in one, with heavy focus on personal finance management (PFM),” the CEO tells FinTech Futures. “We want to encourage savings and money management, and help people get out of the overdraft/over-spending loop – hence we will offer 3.14% in deposits from the start.”

According to the CEO, the bank will launch in Q4 this year with an e-money licence, and will be looking to acquire a banking licence some time in 2020.

The CEO tells us they are in the process of recruiting its 14th engineer in Ukraine, where the team is building a fully in-house orchestration system. The core banking system will come further down the line.

Interestingly, 75% of the staff is female. “The core product doesn’t change, but the way we approach the way we talk about it does. It just sets a different dynamic to the process,” adds the CEO.

With so many new entrants trying to muscle into the UK banking sector, we have put together a comprehensive list of the known challengers to date and the technology they are using.