Squaring the circle: just because everyone is doing it doesn’t mean it will work 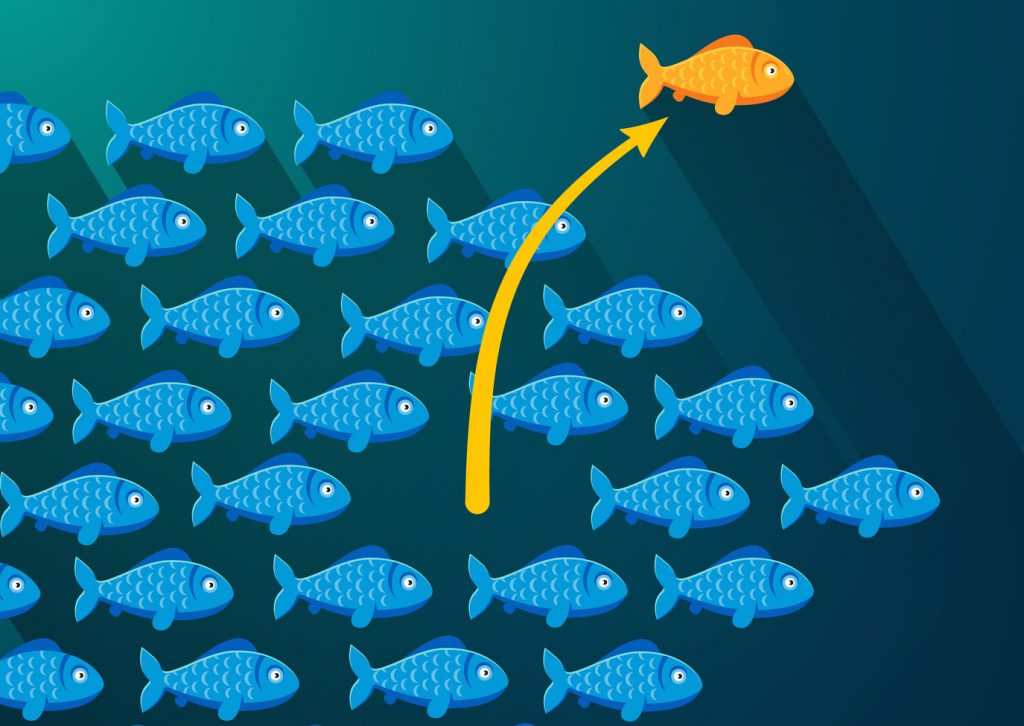 There is comfort in keeping with the pack, but it may be time to go your own way

I will say my piece today expecting to convince exactly zero people who don’t already agree with me but hoping against hope that I might.

Innovation is an imperative to stay in business.

We do it because we want to keep making money in a changing world. But it is also undeniably a corporate trend. What we actually do is often concealed for reasons of competitive mistrust, but we do enough visibly to be part of the vogue. Everyone is doing it. PR, start-up events, offering office space for topic-appropriate meet-ups, lending your name and some resources to hackathons and competitions.

Behind the hype, however, there is a fundamental tension between organisations doing what they actually do as their core business, with enough  success to have acquired legacy, and trying to change, in flight, without losing their balance, focus or profitability. Everyone is going through this too, just making less of a song and dance about it.

To deal with that tension many organisations build innovation centres, places were people are expected to behave differently, unencumbered by business as usual (BAU). Places where everyone is mandated to work on the future while the people in the building next door deal with the present. The problem is, unless the present and future meet at some point soon, with a clear articulation of how the two will play nice without stealing each other’s oxygen, all the good work of the innovation centre comes to naught. And despite the strategic alignment at the top and the agility on the innovation centre floor, where present and future meet tends to be the unglamorous task of negotiating release cycles with people who see you as an interloper, provisioning environments with teams that are already overworked and this is seen as coming on top of their workload, ensuring that when experiments go into production they are treated like BAU on the other side of the fence by folks who had no say in or visibility of the design to build and of course, the time honoured: if you can fix this why don’t you spend your time fixing the million problems clients are beating us over the head with every day? If you are so smart, why did you choose to do this nice-to-have when must-haves are having daily outages?

Telling people it’s not your job is not a good answer.

And organisations see that, so increasingly they bring the innovation guys into the fold. They keep the palaces of creativity but give the teams a place in the normal hierarchy.

It means you now have to write business requirements for your pilot, because your team is agile but the team that owns the core banking systems isn’t and you need to choose whether you will fight this on efficiency principle or delivery effectiveness. It means you will have to put your work through the normal budget planning cycles, for CapEx, OpEx and extraordinary spend, and then you pit yourself against the daily demands of the business. One pot of cash, however big. One set of humans making decisions, however smart. A million imperatives. Something’s gotta give. What will it be?

You can’t scale assumptions even though you keep trying to

Even though most banks have some principles of agile at work somewhere in their organisation and some design thinking methodologies deployed here and there, the main body of the bank remains wedded to their traditional way of working. And all the “new” ways of working, remaining experimental after years of yielding results, need to plug into the main body of governance at some point sooner or later.

Everybody is doing this: you may curate a product backlog within your team, but the business plan inputs your team submits to the wider business comply with the corporate format in shape as well as discipline. You run iterative pilots but your sprints are boxed into a project plan with colour-coded deliverables mapped into the hard drive of a PRINCE 2 professional and at the end of your pilot, assuming you are green and have hit your targets and proof points, you have to scale your assumptions and go for the big time. Ask for the budget for the next step, the big step.

Only scaling assumptions is crazy talk.

You only scale delivery after it has, you know, worked.

I worked in a non-weapons defence technology provider as my first job out of college and my boss used to say “no plan survives first contact with the enemy, but if you plan you at least know what is going awry”. I hear his voice in my head every time I see teams extrapolate a programme from a single successful run of a pilot. Every time we scale assumptions to suit how we’ve always done what everyone is doing at the very same time as investing time, money and resources to doing things differently.

Habit is an extremely hard thing to break.

People whose careers and preferences were moulded a certain way defend “the way” because they believe in it. It’s a fallacy to say the issue is merely cultural because it implies it can be fixed, changed and re-aligned through inspirational leadership and employee empowerment when in reality there is choice at play. Inertia is here, of course. But choice is too.

And on top of that there are decades’ worth of policies and organisational structures put in place to support and protect the traditional way of doing business. Until we decide what the new way of doing business may be and what organisational shape will best fit that, we can chafe and strain within the confines of this inappropriate shape but we can’t suggest what should replace it with any degree of confidence or accuracy. Everyone is feeling this. Not everyone is doing something about it. There is an identity crisis at play. And it’s a business model crisis although the only place where you may catch a glimpse of it trying to really work itself out, is IT infrastructure  conversations.

A lot of innovation teams don’t own the infrastructure they deploy on. So their runway for delivery is as long or as short as the existing systems and IT strategy permit.

A lot of innovation teams work for the CTO so that pace is synced and alignment happens immediately above their head, which actually works, even though not everyone is doing it.

Rarely, the innovation function sits at a place where business acumen and an understanding of delivery infrastructures meet in perfect harmony. For everyone else, we do what we can with the people who will and the systems that take it.

But this is not a forever solution.

The innovation programmes worked better than our corporate masters had expected and the proof is in the tension with the people and the things that make up the old world. It’s time to deal with who you are as a money-making institution, to then decide what people should be doing and what things they need to do it with.

Working out which door to close and which to walk though is hard. Ask any startup founder when they reach that horrible moment when they need to turn their potential into code and the ‘ten directions this could go in’ into a priority list that will determine whether they make enough money doing items one and two, to eventually get to item eleven.

Most banks have walls covered in post its and user persona plotters, empathy maps and visual thinking aids. It looks pretty, it conveys a message. And your innovation or UX or mobile banking team turn all that pretty stuff into cool experiences on the glass. But that is the tip of the iceberg. The whole point of this exercise is customer centricity. And the whole point of customer centricity is to give the client something they are willing to pay for so they will do just that and keep you happily and profitably in business.

To work that out, of course, you need to resolve your identity crisis first.

The client will need and want and be willing to pay for a lot of things. From a sandwich to a car, and an overpriced coffee ‘just this once’ to a tracker mortgage. The people working out what the client delighters are, need to know what you are trying to sell. Are you in the catering business or are you an airline, but more meaningfully, are you the overpriced coffee house or the gab-and-go coffee shop: clear in your identity that you are exclusive and overpriced and you need to make that worth it because your quality, the view from your balcony or your celebrity endorsements are part of the deal.

What are you? What is the business model that will coalesce people and things into delivering something to the client that they will be willing to pay for thus happily keeping us all employed a bit longer?

There is comfort in keeping with the pack, in doing the things everyone else is doing. But it may be time to go your own way.

Some may try to copy, some will wait to see you falter, fail or triumph. But by that point you will have realised that in the era of über personalisation and digital connectivity, your own path will suit nobody’s organisation but yours. And your people and things will need to re-align to suit this path.

And to think you’ve had people and things that could help you work this out in the building all along. Not listening to them isn’t a smart call, just because everyone is doing it.