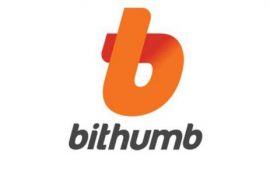 KRW 35 billion (around $31 million) in cryptocurrency have been stolen by hackers from the South Korea-based exchange Bithumb.

The exchange has said that it will repay the victims of this breach, and that it is currently working with the Korean Internet and Security Agency (KISA) to investigate what happened.

[Notice for the temporary suspension of the deposits]
Due to the increasing safety issues, we are changing our wallet system.
Please do not deposit until we notify.
*All deposits are not deposited into your wallet until all changes are completed.

This was shortly followed by:

*All deposit and withdrawal service will be stopped to make sure the security. We will keep notice you of the restart of the service. We apologize for your inconvenience and thanks for your understanding.

Later on, Bithumb asked all users not to make any deposits in their wallets until further notice, which were subsequently stopped alongside withdrawals.

Coincidentally, just a couple of days before these events, the exchange transferred all funds temporarily to a cold wallet to conduct maintenance work and upgrade security systems, according to the tweet.

However, it was later revealed that the exchange was “conducting an urgent server check” as a result of a recently increased number of unauthorised access attempts.

According to CoinDesk Korea, Bithumb is spending around $9 million annually on security measures.

Only last week, we reported on Coinrail going through similar troubles.