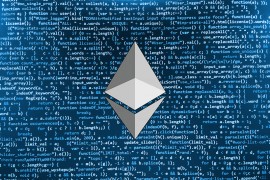 Quorum is the enterprise version of the Ethereum platform

An Ethereum test under the name of Project Khokha went live last week to prove the efficacy of wholesale payment systems built on the blockchain.

In the latest development, the test created a distributed ledger between participating banks for the domestic payment system, backed by a tokenised South African Rand (ZAR), which didn’t need SARB to approve transactions.

The blockchain used is the enterprise version of Ethereum, Quorum, which was launched back on March 2017 through the Enterprise Ethereum Alliance – a community of experts and organisations with the aim of promoting blockchain.

Based on the report issued by SARB, the transaction per second (tx/s) was 12.86, with a block propagation time of ~1.25 seconds.

Adhara, the Consensys’ branch which supported the project, is a new payment and clearing platform. After the event Peter Munnings of Consensys and Adhara commented: “We are proving [Quorum] can deliver both the required transaction per second performance and levels of confidentially over a diverse hardware network. This is a significant step forward for Ethereum and Quorum.”

Project Khokha was determined successful based on the 7,000 transactions achieved over a two-hour period, the network performance and the ability to maintain the confidentiality of data.

The project also proved to run effectively on each different bank hardware set-up (on-premise, on-premise virtual machine, and cloud), in a regulated environment.

JP Morgan Chase has ventured in similar paths, and was recently reported trying to file a patent for an interbank payments network based on blockchain.