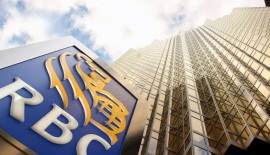 Royal Bank of Canada’s (RBC) president and CEO Dave McKay has said at an investor meeting that the bank estimates it will spend CA$3.2 billion ($2.4 billion) in technology during 2018.

The CEO highlights that CA$520 million “will be moved from ‘Run’ to ‘Change’”, as the bank is looking for ways to invest in transformation to lower operational costs.

The bank also states that throughout the past four-year period, infrastructure and support costs remain relatively flat.

RBC also estimates to double down on cybersecurity spend. This is an important area, since a catastrophic breach could make the positive profit and savings projection collapse.

The bank estimates, given the past four-year period trend, to save around CA$430 million through increased automation, system consolidation and “re-use”.

Conversely, around CA$400 million will be redirected into next-gen delivery platforms, data and artificial intelligence (AI) tech, APIs and modularity, and cloud and other infrastructures.

For reference, the bank explains that, by “next-gen delivery platforms”, it refers to its mobile banking app NOMI, its wealth management app MyAdvisor, its capital markets service Aiden, and its investor and treasury services.

It is worth highlighting that the bank has invested CA$225 million over four years in its AI and data analytics platform, and thus expects its data lake to grow tenfold in the next two years.

Across the pond, HSBC has committed to a huge tech investment too.