Not all banks are equal in the open future 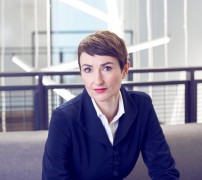 When you look at the banking runners and riders, it’s clear that we’ve got a distinctly mixed ability class.

So, using stars* as our metaphor, let us venture to the final frontier.

“A protostar is what you have before a star forms. It’s a collection of gas that has collapsed down from a giant molecular cloud. The protostar phase of stellar evolution lasts about 100,000 years. Over time, gravity and pressure increase, forcing the protostar to collapse down.”

Think of this as the environment from which the so-called fintechs and challenger banks have formed. There’s been a lot of hot air, and it’s taken a very long time, but pressure’s built up and stars are forming.

“A T Tauri star is the stage in a star’s formation and evolution right before it becomes a main sequence star. These stars don’t have enough pressure and temperature at their cores to generate nuclear fusion, but they do resemble main sequence stars; they’re about the same temperature but brighter. T Tauri stars can have large areas of sunspot coverage, intense X-ray flares and extremely powerful stellar winds.”

Definitely fintechs and challenger banks: not yet big players but attracting a lot of attention with their bright press releases, their flashy apps, and their windy conference speeches.

Recognise the incumbent banks? There are lots of them, they all look the same, and they all do exactly the same thing, like great big cosmic cookie-cutters. And some of them, like main sequence stars, may have a long life ahead of them…

“When a star has consumed its stock of hydrogen, fusion stops. A shell of hydrogen around the core ignites, causing it to increase in size dramatically. The aging star has become a red giant star. This phase will only last a few hundred million years before it runs out of fuel completely.”

For some of the incumbent banks fusion has stopped. They are massive, and they have run out of ideas but not of excuses – they mouth mantras so ingrained that bankers won’t, or in some cases can’t, see past them.

Risk-averse practices, compliance requirements, and sensitivity around data and cost are often cited as the barriers to why innovation doesn’t occur. But these are shorthand for maintaining the status quo.

“There’s no budget” they cry, as if their bank doesn’t already spend a huge amount of money on IT, lose money through mass inefficiencies, and waste a lot of money on frivolous activities.

“The burden of regulation has killed our naturally innovative spirit” they complain. Banks are highly regulated entities, true. But in an open banking future, the part that is heavily regulated – essentially the holding and moving money part – will only be one element of what constitutes the provision and, crucially, the delivery of financial services. The “naturally innovative” point is moot, at best.

“When a star has completely run out of hydrogen fuel in its core, the star collapses inward under its own gravity and becomes a white dwarf, which shines because it was a hot star once, but there are no fusion reactions happening anymore.”

Regional incumbent banks come to mind – they have a heritage geographic and product-push niche, in a world that is increasingly consumer-focussed and platform-minded.

“The largest stars in the Universe are supergiant stars. Unlike a relatively stable star like the Sun, supergiants are consuming hydrogen fuel at an enormous rate and will consume all the fuel in their cores within just a few million years.”

This will be some, but not all, of our fintech and challenger bank friends. Some of these stars will indeed live fast and die young, disappearing completely as they fail to gain a sustainable customer based, or being subsumed into other brands. However, others will change the way we live our lives.

*with apologies to Fraser Cain and UniverseToday.com