Money20/20 Europe: how to build a company that behaves 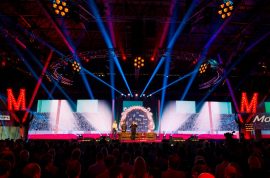 One of the highlights of Money20/20 Europe was Dan Ariely’s, professor of psychology and behavioural economics at Duke University and chief behaviour officer at Lemonade, keynote on day three. After days of talking about tech driven product innovation, it was truly insightful to hear about how financial services can be reimagined by an understanding of human behaviour.

Trust cannot be taken for granted, nor can it simply be accepted as existing (or not). Ariely ran through several examples and experiments which demonstrated the positive outcomes of trust (in terms of both individual and societal benefit) and, crucially, how quickly states of maximum trust can deteriorate. The reality is an equilibrium based on a lack of trust is far more stable than one that is based on high levels of trust. The negative impact introduced by a single free rider and the ripple effect on groups and communities was illustrative.

What is the relevance of this to the design of financial products and services? Lack of trust not only leads to greater inefficiency and higher costs, it also engenders a universe of disloyal and unengaged customers. Looking at the insurance industry, not surprisingly, Ariely highlighted how it was essentially characterised by a lack of trust between customer and provider, leading to very poor incentives across both groups.

Consumers and businesses purchase Insurance and pay premiums to protect themselves against risk. The incentive, however, is for insurance companies not to pay and customers know this. They, in response, increase their claims accordingly, knowing that the insurance company will try and knock it down.

Insurance companies, in turn, create a process that is deliberately difficult and are, particularly at the senior leadership level, rewarded for not paying claims. The result – bad product and process design, misaligned incentives and an institutionalised lack of trust. No wonder not one person in the audience put up their hands when asked who was from an insurer.

In a world where handshakes have their roots in proving one wasn’t holding a weapon and clinking glasses was a demonstration that one wasn’t intent on poisoning their fellow drinker, how do we build trust where it is lacking. Lemonade set out to build an insurance company to address that fundamental issue; building in collective incentives to behave well, underpinned by the reward of what’s left over being given to charity.

There is, of course, much more to the Lemonade model and technology plays an important role but understanding human behaviour and, in particular, our relationship to money, sits at the heart of their model. This, as Ariely noted, should be informing the way financial institutions create products and services, and priority that should be given to building trusting relationships with customers. If they do, perhaps in the future perhaps insurers and financial institutions off all types will put their hands up.

By Lisa Moyle, director of strategy, fintech, & director of partnerships at FinTechTalents