London stock market freezes for an hour due to technical issue 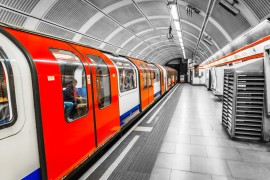 This time was London, but other exchanges have been affected this past year

The London Stock Exchange had to delay its opening yesterday 7 June 2018 due to a technical issue, only starting trading at 9am instead of 8am.

Once opened, the benchmark FTSE 100 shot up, but ended the day in the negatives.

Reports say that the software issue had disrupted orders made during the pre-open auction system.

The market remained close “to preserve the integrity of the market and to ensure orderly trading”.

Other European exchanges have also had issues in recent months. Last month, Euronext experienced a glitch that caused problems publishing major indices. Equities and futures trading on Germany’s Deutsche Börse was delayed by over an hour in March, because of “technical issues” with its trading system.