Learning the B2Cs of e-commerce 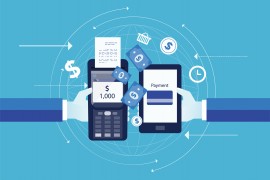 Learning the B2Cs of e-commerce

In late April, Russia’s largest bank, Sberbank, and the country’s leading search engine company Yandex, announced their intention to create a B2C e-commerce service based on the Yandex.Market platform.

Yandex is one of Europe’s largest internet companies and in the three months to 31 March, recorded revenues of RUB 26.6 billion ($464 million), up 29% on the same quarter in 2017. The company recorded a net income margin of 7% during the period. Yandex’s share of the Russian search market, including on mobile devices, averaged 56.5% in the quarter.

Russia’s total retail e-commerce sales reached RUB 920 billion ($14.8 billion) in 2016, an increase of 20% in the previous year, according to research by Russia’s Association of Online Retail Companies. The Association estimated that the market would top RUB 1 trillion by 2017 (final figures are not yet available).

Of these sales, more than RUB 300 billion – just under one third of the market – were transacted across borders. The Association found that cross-border e-commerce retail sales grew by 37%, compared with 6% growth in domestic sales. This was caused, says the report, by the fact that foreign companies do not pay fees on imports, meaning Russian consumers can purchase goods from overseas for less.

The cooperation between Sberbank and Yandex demonstrates a willingness for banks to work with other industry participants in the B2C space. World Payments Report 2017 stated that such cooperation should occur to develop a new payments ecosystem “as a strategic response to structural changes taking place in the industry”. While many leading banks around the world had begun initiatives to build such an ecosystem, others are in planning stages, while “a few are lagging behind. Among B2C corporates, a segment known for its innovation, many companies have started leveraging the platform model for their banking and payment services. On the other hand, in the B2B corporate segment, which is traditionally risk averse, few efforts have been made to adopt the platform model.”

Increased digitisation in the B2C segment means retail merchants “must find new and better ways to engage with their customers”, says the Report, and payments will be central to this. Value-added services in areas including customer analytics, fraud management, process optimisation, and compliance tracking are expected to supplement payment solutions to improve customer engagement. Retail merchants are demanding value-added services including wallets, secure payments and improved analytics. They also want these services at a lower cost.

In a survey conducted for World Retail Banking Report 2017, 91.3% of banks recognised the need to collaborate with financial technology companies. “Banks realise these firms are differentiating themselves by offering innovative products and data-driven propositions via agile operations that enhance customer experience. These capabilities are attractive to the B2C and B2B segments of the corporate market,” says the report.

On a global scale, Statista has forecast that B2C e-commerce sales worldwide will reach $2.356 trillion in 2018.

Other notable moves in the B2C space include Deutsche Bank teaming up with the International Air Transport Association (Iata) to pilot a new payments model, through which customer payments will be collected directly from consumer accounts, rather than via credit or debit card transactions…

This is an excerpt. The full article is available in the June 2018 issue of the Banking Technology magazine. Click here to read the digital edition – it is free!