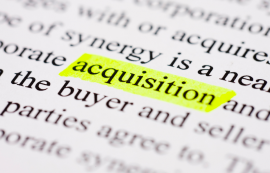 Prepaid products company InComm is boosting its e-gifting capabilities with the acquisition of its former competitor in the space, Gift Card Impressions (GCI), reports Julie Muhn at Finovate.

The financial terms of the deal remain undisclosed. Logistically, GCI will become a wholly-owned subsidiary of InComm, and its operations and leadership team members will join InComm’s 2,300 employees across the globe and remain in the company’s Missouri location.

Brooks Smith, CEO of InComm, describes GCI as being “on the cutting edge of the digital gift card evolution” and notes the company’s method to selling stored value products as being “a much warmer, personalised, and transformative approach”. Brooks adds: “This transaction also brings us an experienced management team with a great deal of consumer packaged goods industry knowledge that can be leveraged to help drive the growth of physical and digital gift card sales.”

Brett Glass is founder and CEO of GCI, which has received 40 industry awards for innovation in the last seven years. Glass will continue to lead the company’s team from the Missouri location and says his team is “thrilled to have the opportunity to build on their outstanding track record of achievement”.

InComm offers more than 500,000 points of retail distribution with 1,000+ brand partners in more than 30 countries. It made headlines in April this year with the announcement of a planned $20 million expansion at its Atlanta headquarters, adding 150 new jobs in the state of Georgia.