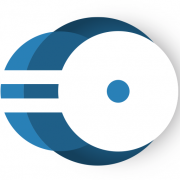 The investment comes courtesy of a Series A round led by Capnamic Ventures and featured participation from PROfounders and existing investors Dieter von Holtzbrinck Ventures and business angels. The funding takes NDGIT’s total capital to $5.8 million.

The Germany-based fintech says the additional capital will be used to grow its team and further product development.

NDGIT, which stands for “Next Digital Banking”, is the developer of the first API platform for both banking and insurance, and its technology helps banks leverage open banking APIs and PSD2-ready solutions to work and integrate with digital partners.