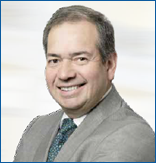 According to website Dinero en Imagen, which cited the bank’s CEO Eduardo Ebensperger in an interview with local newspaper La Tercera, most of this money ended up in Hong Kong accounts, and forced the bank to disconnect over 9,000 working terminals throughout its offices to stop the spread of the virus.

The CEO told the local newspaper (translated): “We found some strange transactions on the Swift system, and that’s when we realised that the virus wasn’t all of it, but fraud was being attempted.”

The bank started cancelling these transactions, but not all of them were recovered. Microsoft’s analysts claim it was a very sophisticated attack by a gang probably originating in eastern Europe or Asia.

The bank released a statement that said, translated, that desktop PCs across offices, terminals and computers across branches, and the phone service had been affected by the virus. Reports indicate the virus wiped hard drives and left them unusable.

However, ATMs and online services had remained interrupted.

The bank is the second largest in the country, and is owned by the family Luksic and American firm Citigroup.

The bank has already filed a case in Hong Kong, for what represents the largest cyberattack suffered by a Chilean bank.

Back in May, several Mexican banks were also targeted by hackers. Read all about it here.