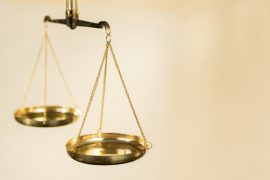 American Express has won an antitrust lawsuit that originated eight years ago, which saw the US Supreme Court declare that retailers couldn’t deny or discourage the use of the company’s cards by consumers to avoid higher merchant fees.

Back in 2010, retailers across 17 states united over a clause in their contracts that prevented merchants from steering consumers away from using Amex, as they started offering incentives for using other cards.

Retailers said the “non-discrimination provisions” in the contracts created an unreasonable restraint of trade competition.

“This was a long battle, but well worth the fight because important issues were at stake: consumer choice, fair market competition, and the ability to deliver innovative products and services to our customers, both consumers and merchants,” says Amex chairman and CEO Stephen J Squeri.

The Supreme Court made its decision given that “…Amex’s business model has stimulated competitive innovations in the credit-card market, increasing the volume of transactions and improving the quality of the services”.

The CEO also adds that since the case begun, Amex has seen its network, services and benefits expand and gain momentum considerably.

In fact, according to Nasdaq, Amex’s stock was up 1.34%, following the court’s decision.

She adds: “Competition in the credit card space is sorely lacking. The court’s decision to uphold the Second Circuit’s misguided approach will allow AmEx to continue to stifle competition and prevent consumers from understanding the cost of rising credit card fees.”