AlphaPoint raises $15m in Series A funding round 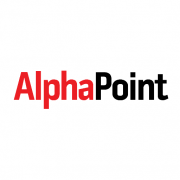 The Series A round was led by Galaxy Digital Ventures, and brings the company’s total capital to $16.6 million. AlphaPoint says it will use the funds to double the size of its team by year’s end.

Galaxy Digital Ventures’ MD, Greg Wasserman, credits AlphaPoint for having the combination of talent and technology to take advantage what he called a “tremendous” demand for the digitisation of illiquid assets. AlphaPoint estimates the total value of the illiquid asset market – including gold and real estate – at more than $11 trillion and sees its technology as a way to provide badly needly liquidity. “Consumers are demanding increased access, transparency, and trust,” says Wasserman, who will join AlphaPoint’s board of directors as part of the strategic investment. “Businesses are seeking increased liquidity with reduced fraud, risk, and cost.”

AlphaPoint was founded in 2013. Its offering, Distributed Ledger Platform (ADLP), is a general-purpose blockchain platform streamlines the deployment of distributed financial applications, and enables financial institutions to participate in digital asset issuance, confidential smart contracts, and automated workflows. Running in live production since 2013, the solution has facilitated transactions totaling more than $100 billion to date for platform customers.

The company’s partners include Intel – with whom AlphaPoint teamed up last autumn – Microsoft, and RedHat. The CME Group, London Block Exchange, and BTCC are a few of AlphaPoint’s more than 30 global clients.

Earlier this year, AlphaPoint announced completion of a blockchain trial with Scotiabank that explored a variety of use cases for the company’s ADLP.

In April, AlphaPoint teamed up with CME Group and The Royal Mint to support the Royal Mint Gold initiative, a trading platform for digital gold.

And last month, AlphaPoint introduced its Regulated Asset Backed Token (RABT), a new framework designed to support the launch of blockchain tokens supported by regulated assets. The goal is to leverage blockchain technology to add liquidity to the real estate market.

Salil Donde took over the CEO spot at the company last autumn – at the same time AlphaPoint unveiled plans for a new public blockchain network. He arrived at AlphaPoint after serving as EVP of global information services at Nasdaq.