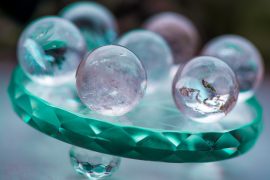 Every single job I have ever had has involved talking to people about things they didn’t want to hear. Sure, the function I sat in aligned with the direction of strategic vision for the organisation, but my team and I represented the corporate version of the gym membership before the summer break, the dentist appointment after Christmas. We were the insurance policy the corporate’s better demons wished upon their future selves. Sadly their present selves had no time for us, at least at first.

What does it say about me, that over the last 15 years I have been getting stuck in, deeper into these transformational functions? The functions the business often treats as time wasters and dangerous rebels, children at play and nuisances that need to constantly explain and justify themselves… what does it say about you, that you keep reading my dispatches from the front every week, encouraging me to carry on? Thank you by the way. From the bottom of my childish, rebellious, nuisance of a heart thank you.

When FinTech Futures’ Tanya Andreasyan suggested a weekly column I didn’t really expect we would have the audience for it. But I thought: how awesome would it be if we did? How incredibly wonderful would it be, to talk to my tribe week in week out? To find just how big this tribe might be….

I couldn’t not try.

And here you are. Larger than life and better than anything. And although the words keep coming (there’s no shutting me up) I am faced with an immense sense of responsibility.

I cannot let you down.

I won’t lie, it gives me some comfort to know that you don’t come here for magic formulae and closely guarded secrets. I know you know there are no shortcuts. Only hard work, curious tinkerers and people who blow your mind with the knowledge they have and are willing to share, with the things they can build and imagine.
It gives me comfort because I have no magic formula.

I do have three tricks though, sleight of hand the veterans among us will recognise, but still handy. So here they are, to make the old hands smile and give the youngsters a three-second head start.

You have a meeting with your sponsors and executives. It’s the most important meeting of your week, but to them it’s just another briefing in a week full of meetings and things going wrong.

You have spent the last two weeks arguing with your boss on what you will share, what you will ask for. You have gone 17 rounds trying to make your PowerPoint deck look grown-up and serious. You have assumed nobody will remember what you told them last time. So you start at the start, you remind them of the first principles, what you are doing, why they hired you in the first place. You are answering every potential question. Only they haven’t asked any.

Where do your stakeholders come from? Not in life. Where were they five minutes before they came to your meeting?

They may be in the room but their head isn’t.

And you have half an hour of their time, that’s it.

And you are wasting it boring them half to death.

Bring them to the room with you. The room you are in. The place where your work matters and gives them what they need.

Bring them into the room you are in and do it fast.

My beloved Drew Graham says “don’t bring PowerPoint to a product fight”. I say make sure PowerPoint is never all you bring, product fight or not, because in your desperate attempt to be grown-up and corporate you let your stakeholders’ minds stray out of the room, go back to the meeting they just came from or think ahead to what comes next. You let their minds stray to the stuff that may not be as important but it is urgent. Or painful. Or scary because there may be a regulatory issue with a fine at the other end, on their watch, and what else can matter more?

They are worried, they are stressed, they are harried. And although they really care about what you have to say, in principle, they feel guilty about taking the time away from the stuff that seems to be on fire.

And you give them overall narrative that seems like waffle and PowerPoint and stuff that they sort of know and at any rate feels vague enough to be safely ignored while they check email real quick.

Get them in the room.

Tell them a story.

Find out where they were before and help them into your room. Help the transition, you only have half an hour of their time. Your boss wants to create the leave-behind document and you shouldn’t deny him that. But when the door shuts, the document won’t get them in the room, you will.

So work your summoning spell. Their bodies shuffled in. Now get their attention. You only have half an hour.

So you got them in the room.

And then mentally. They are listening: now, what will you do?

What are your options?

Come on guys, this is not a drill, I’ve written this very story before.

You ask for everything, you ask Santa to choose for you essentially, so you get a lollipop.

You ask for nothing, hoping Santa goes big on their own initiative, and you get a lollipop.

Make it as small as can be but no smaller than that. That’s the important part.

You’ve made it easy. Now it’s their move.

Whatever you do, don’t go kissing any frogs in the hope they may become your charming champion.

You are the frog.

At some point, after insane amounts of work and way too many instances of people who haven’t learnt a thing in years sneering at your curiosity, after you’ve brought the executives into the room and asked for bicycles you were then seen to successfully ride all over the place including into the wall, after all that, some invisible princess will kiss you and you will be a frog no more. You will be a gender-neutral prince.

You will be sought out, you will be added to committees and boards because your input is valued, because your value is now known. Because what you represent is no longer separate to you and you are trusted – sorry youngsters, it is always personal and it always comes at a huge personal cost and oh my god it is always worth it.

The transformation won’t be instant.

At some point you will notice that people have stopped treating you like a frog. At first you won’t realise, because you never thought you were a frog and people who were treating you like one just self-selected as blind, which is sad but not on you.

But you will eventually clock it.

That the people who treated you like a frog now treat you like a prince, fighting over your presence and input. Going from sneering at you, to trying to capture your reflected glory, vying for your time to get you in front of their clients, to get you delivering unspecified magic into their world.

And you don’t feel like a prince any more than you felt like a frog and they are still weird and blind, just nicer.

This is your final spell.

One. Some people knew you were never a frog. They treated you like a colleague and a clever one at that from the get go, they paved the way, they made everything possible. They opened the door and showed the others that not only do you bring good stuff, you may not even be a frog.

Remember, that person who believed first, who gave you a chance to shine in a million colours. You know who it is. For me it was Adriana Pierelli. And you know what I owe her? To be someone’s Adriana every chance I get.

You still have to bring them into the room every time.

You still have to ask for the bicycle, every time.

You still have to work it out for them, every day.

You are just no longer green, crouching on a lily pad.

It’s not nothing, but it’s not a lot. So choose wisely how you use it. Its currency enough, but you can burn through it fast and no spell will replenish it, only hard work.

My advice, for all it’s worth, is put it all on green: all the little froggies out there, still waiting for their Adriana and trying their hand at desperate spells of conjuring, summoning and wild hope. Use the currency to help these guys get a bicycle and just watch them go. That’s real magic.