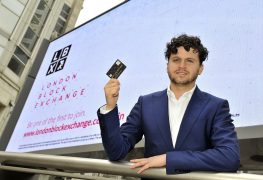 In a tightening regulatory environment for cryptocurrency exchanges, the London Block Exchange (LBX) continues to expand its best-practice offering by adding five new coins this week.

LBX’s new cryptocurrencies have been carefully selected and will include OmiseGo (OMG) advised by Ethereum-co-founder Vitalik Buterin. LBX is also adding Mozilla CEO Brendan Eich’s Basic Attention Token (BAT), which raised $35 million in under 30 seconds. The other coins included today are Status (SNT), Golem (GNT) and 0x (ZRX) which also benefit from the more credible end of crypto advisors.

With around 1,600 cryptocurrencies in circulation in 2018 and around 80% of initial coin offerings (ICOs) thought to be money-making scams, according to Satis Group, it is unsurprising that the European Union and the Bank of England are moving to tighten regulation on cryptocurrencies, cryptocurrency exchanges and wallets. Regulators are keen to protect consumers from money launderers, terrorist-financing and scammers. Cryptocurrency exchanges will now find it difficult to evade due diligence processes on their customers and coins.

One of the key differentiating factors of LBX therefore in the crypto-space is their bank-grade security for wallets and anti-money laundering (AML) compliance with this fast-moving regulatory environment, and careful selection of reputable, fast-growing coins. Its know your customer (KYC) requirements include requirements for government-issued identification and Tier 3 verification of proof of address.

Along with the new coin offering, LBX has launched an Android app referral scheme and streamlined KYC processes.

Launched just under eight weeks ago, LBX says it is the UK’s only dedicated cryptocurrency exchange, and also the sole operator in the market offering UK onshore banking and GBP pairings for its currencies. LBX founder and CEO Benjamin Dives says: “By the end of the week London Block Exchange will have 11 tokens on offer through its user-friendly app. All five coins offer unique and exciting prospects as well as reputable backing, and we’ll be educating our customers about their offerings throughout College of Crypto so they can make informed choices.”

Though still small and growing relative to the crypto-exchange universe, Dives says LBX is seeing thousands of trades each day on LBX and growing at 10% per week. “Our exchange can handle millions of trades per second, so we have built it for institutional capacity.”