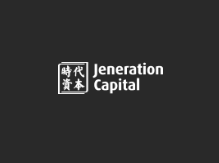 Hong Kong-based Jeneration Capital is raising about $800 million for a new tech fund, according to Bloomberg.

People familiar with the matter say the fund will mostly target consumer technology start-ups with an expected close over the coming months. However, there may be opportunities for fintech firms based on Jeneration’s previous investments.

Jeneration, which already manages about $2 billion, will market the new round to a broader range of investors than the Chinese technology entrepreneurs and executives that it typically draws from, the sources say.

Jeneration is led by Jimmy Chang, a former technology banker at Morgan Stanley. He has also brought on executives from Tiger Global Management and Coatue Management.

Among its investments are Meituan-Dianping, a Chinese internet giant said to be seeking to go public at a $60 billion valuation, and Singapore-based ride-hailing service Grab, which recently agreed to buy Uber’s Southeast Asian operations.

A spokesman at Sard Verbinnen & Co. in Hong Kong, which represents Jeneration, declined to comment to Bloomberg.

According to data compiled by Bloomberg, the value of Chinese tech focused private equity funding has already reached $6.9 billion in the first five months of this year compared with $9.7 billion across the whole of 2017.

Last month, as we reported, BBVA said it will invest $50 million into Sinovation Fund IV, a Chinese venture capital fund run by Sinovation Ventures, and with a special focus on artificial intelligence (AI).