ABN Amro has been struck by a DDoS attack today (24 May) making its services “not available or very slow”. 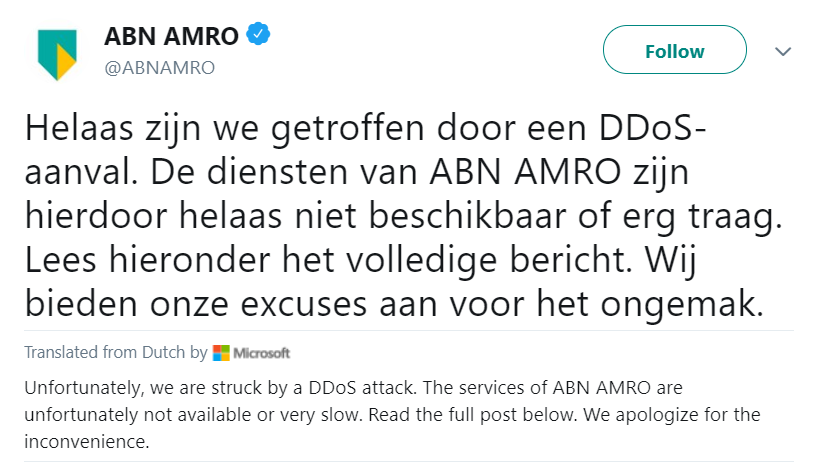 Its digital and mobile services have all been affected.

The bank hasn’t shared any more details and is currently investigating the issue.

On Twitter, it was the usual display of confusion and anger.

One user said: “Again? Then invest some money to prevent these attacks, because there is no shortage at ABN Amro, this is worthless, yet another one in a week’s time.”

As reported on 16 May, ABN Amro reported a net profit of €595 million for Q1 2018 due to cost savings through its IT overhaul.

At that time, it said the security of payments and client data was “at no point under threat”.