Where top European banks are investing in fintech – CB Insights

Research company CB Insights analysed the private market fintech investment activity of the top European banks and their venture arms, by assets under management (AUM), from 2012 to Q2 2018 (as of 11 April 2018).

According to the graphic below, created by CB Insights, European banks are placing strategic bets across wealth management, lending, payments and regulatory technology and also blockchain. 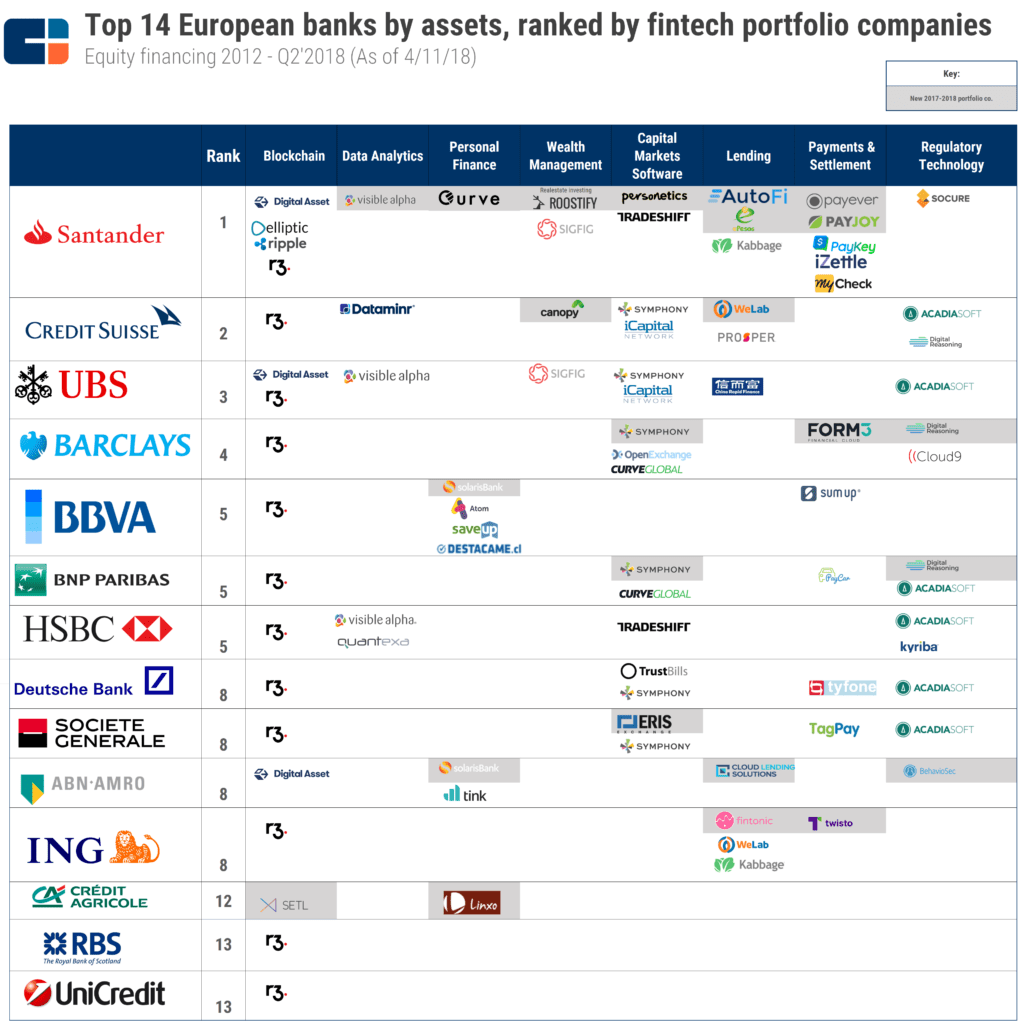