German artificial intelligence (AI) savings technology firm Savedroid has had to clear up some initial coin offering (ICO) confusion after its founder and CEO made a joke about disappearing with all the money.

Yassin Hankir tweeted a picture of himself smiling at an airport and drinking beer on a beach – with the words “Thanks guys! Over and out … #savedroidICO”. 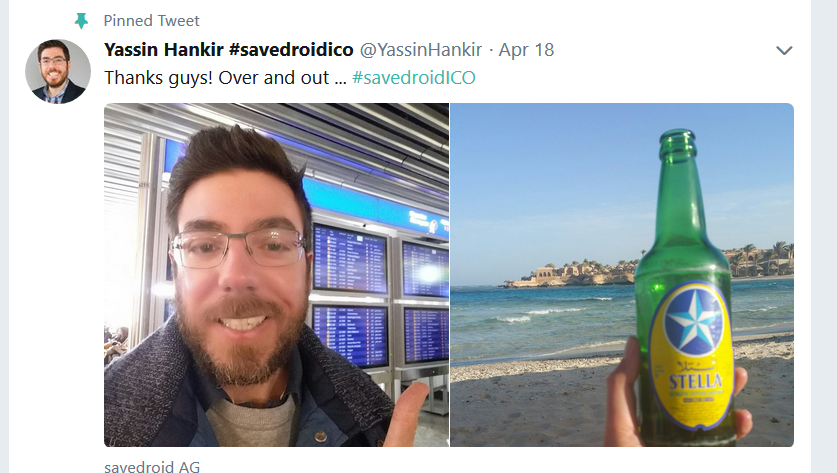 Some fintech publications and “influencers” on LinkedIn fell for this humour injection.

I won’t name one magazine, but it says: “Another ICO, another exit scam. Frankfurt-based start-up Savedroid has ‎suddenly vanished into thin air along with millions worth of its investors’ ‎savings.‎”

In fact, no such thing happened.

Some Twitter users were not happy. One person wrote: “What an awful idea. You realize the amount of panic you caused your investors? Now you want to give others ICO advice…”

The video message is an apology and explains why it did what it did. This was to highlight the dangers of real ICO scams. You can watch it here.